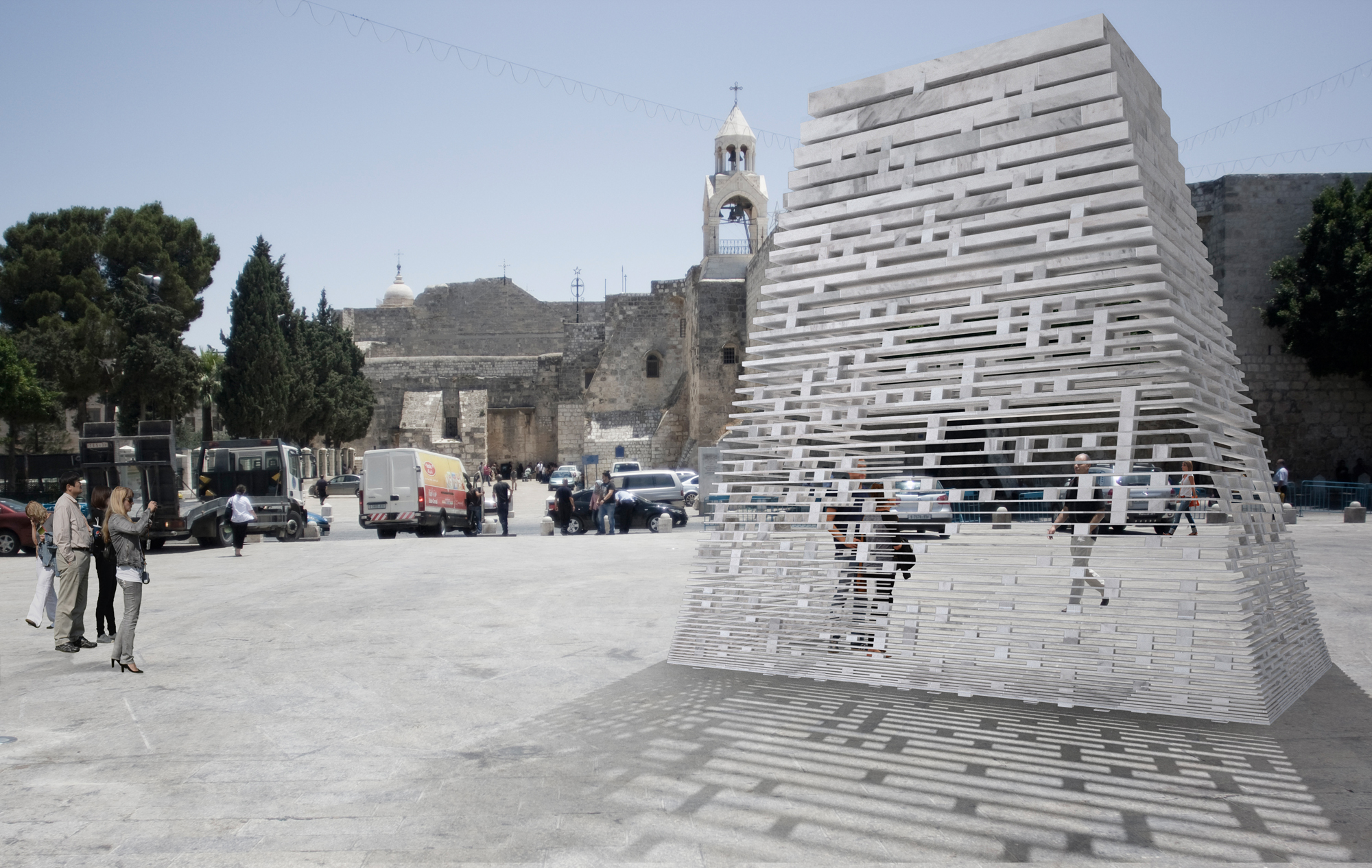 One of the many gifts that the city of Bethlehem has been blessed with is that of stone. A resource used since time immemorial to build homes that could weather any storm, stone is a fundamental part of the Palestinian way of life.

The proposed Stone Pavilion aims to reveal innovative building technologies, mixing traditional material use and technological sophistication. As such, it has no better setting than the Nativity Square, the space where both private and public meet and where traditional Palestine comes to exhibit its contemporary face.

The pavilion is a contemporary interpretation of the traditional Palestinian Manateer, countryside shelters found throughout the land. While avoiding to spoil the landscape and condemn the city’s development on a long term basis, its goal is to provide an answer to the need of land consumption in times of war and mark property as an act of resistance to the wall’s path.

DISPLAYING INNOVATIVE BUILDING TECHNIQUES
The use of stone is inherent to the history of Palestinian cities. Stone is an abundant material. It is found easily in the landscape, it is widely available and it benefits from an advanced local know -how. Historically, Palestinian cities were built around a dense nucleus in a self-managed manner. Buildings were built with thick bearing walls using the thermal inertia property of stone to regulate inside temperatures. With the arrival of the heavily administrated Ottoman Empire in Palestine, an urban authority was put in place and the use of stone turned from a natural choice to an imposed building material for all constructions. This law still applies even though in the meantime reinforced concrete was largely spread into the construction world: the structural skeleton is built in reinforced concrete and stone is pushed into the background as a facade cladding acting to satisfy a law that is de facto obsolete. Thus, today’s stone factories only produce standardized blocks of 2, 3 or 5 cm. The sophisticated know-how regarding the use of stone as structural and thermal performant material is progressively disappearing. Construction is limited to a single unique building technique and many embellishments. The pavilion has the ambition of reinvestigating this exclusive building technology, by presenting stone as an economical, innovative alternative, using its physical properties at best.

PUBLIC SPACE AS THE BINDER
Palestinian public space is in crisis. It has become meaningless: the stalemate of political power and the occupation of the territories led to a total loss of trust in the public space. Politics have gone beyond the public space and the local authorities are no longer able to guarantee the right of the people on the public scene. Public space is, as it were, public property: everyone must have access to it. With the increasing land annexations the only solution left is building upon empty lands, in order to provide a fait accompli which defies the constant threat of expropriation. Private property became the only guarantee of protecting one’s land, even though it is at the risk of spoiling the landscape and the city’s urbanism.

Today, it is obviously a price that the Palestinians are willing to pay. Nevertheless, public space has recently demonstrated, during the Arab spring revolutions, that it is never to be forgotten. It is and it will always be the crux of progress and innovation. It belongs to nobody and everything that emerges from it is accessible to all. It is a transcription within he cityscape of what is called in computer science Open Source. As a place where expression, debate, innovation are possible, public space is both the locus of counter-powers and the necessary binder of the state. Under such circumstances, the pavilion invests the public square as an installation and aims to reinvigorate the use of the Nativity Square. 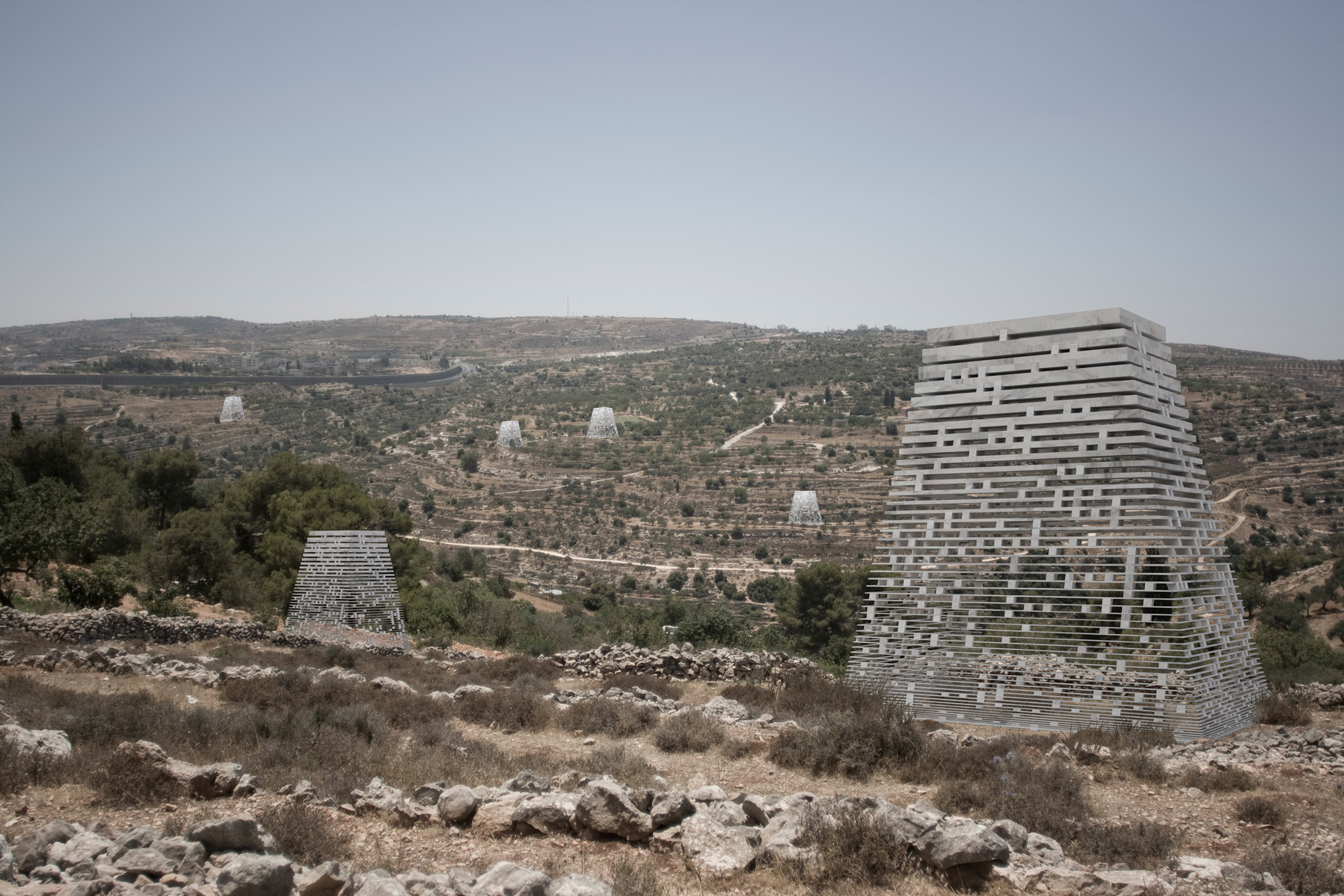 THE PAVILION AS LAND CONSUMER
Going from urban tissues set-ups to social systems and housing typologies, the history of cities has been built on the relationship to nature. The nucleus, managed by its inhabitants, is very dense, leaving vast expanses of countryside landscape surrounding it. The latter is punctuated with round or square shaped manateer made of stone. Those manateers are built as countryside shelters, property of the land’s owner. Manateers have nearly no open parts, they are plain, functional buildings with thick walls. Thermal inertia allows the inside of the building to remain cool. The manateer are also used to mark the territory and to signal its property. Unfortunately, the layout of cities is today much more muddled. The Separation Wall imposes a physical limit. These complex territorial devices transform Palestinian cities into territories whose urban spread has a visual horizon, drawn by the Wall’s path. In addition, in order to protect one’s land, one must prove that t is inhabited. The temptation of urban filling of the enclave is thus a natural reaction. Palestinian cities adopted a new scale, less defined, less dense, less concentrated and spreading its construction without a real masterplan. A more abstract scale makes the domestic scale disappear : more specifically, constructions are isolated from each other, programmatic distributions are more or less random and the public/private limits erased. 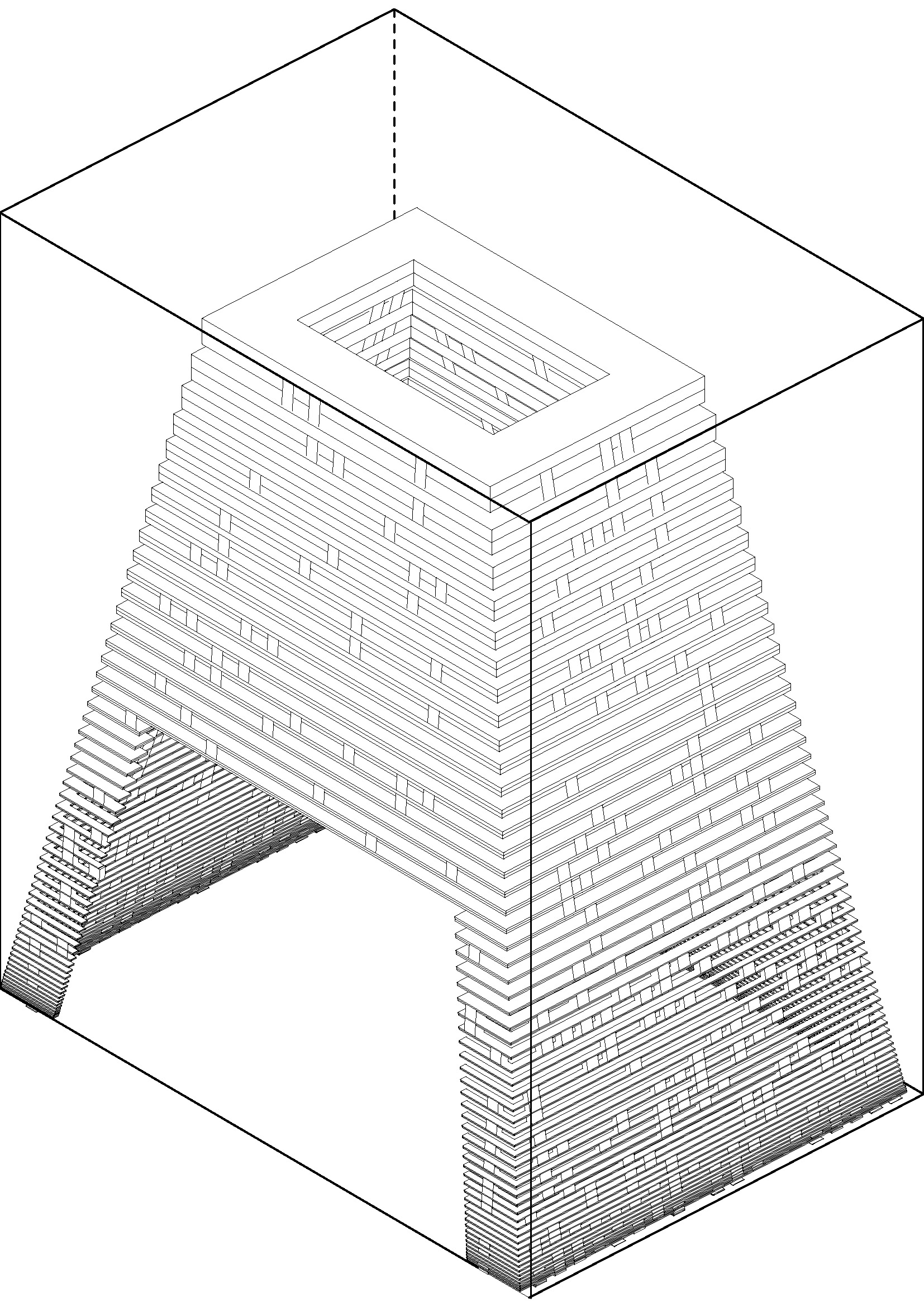 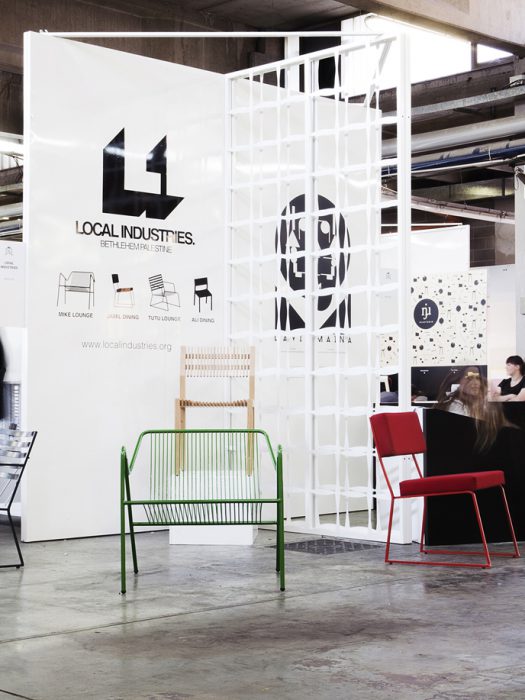 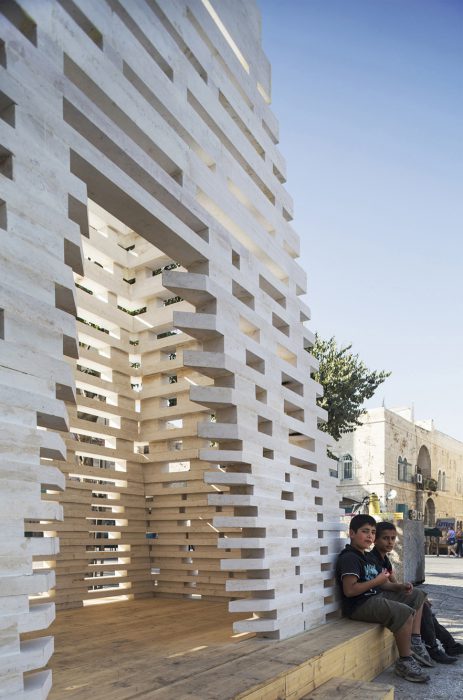 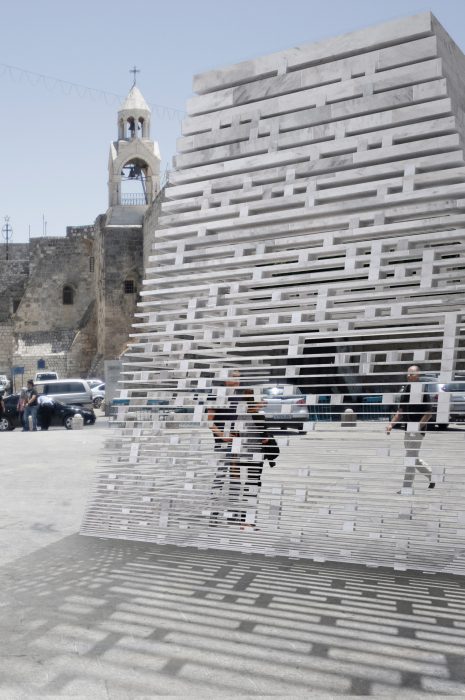 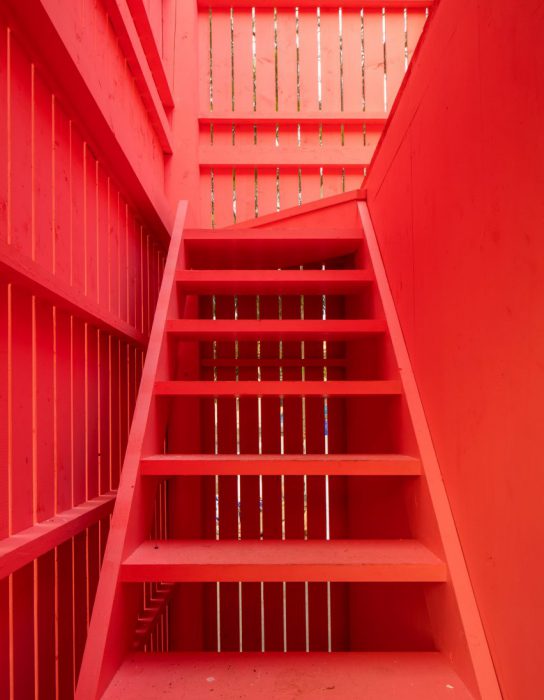 Call for designers and artists by The Palestinian Museum 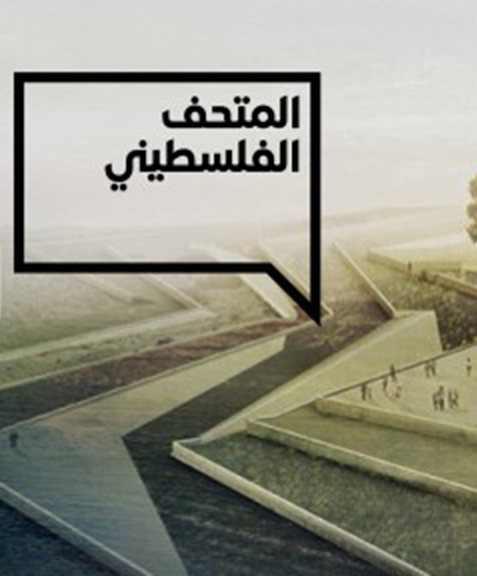 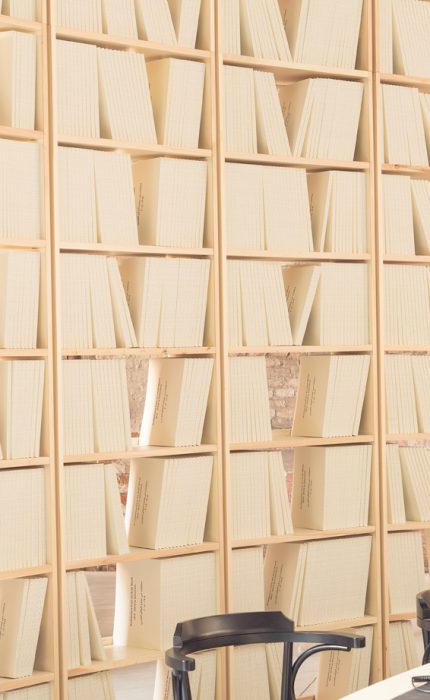 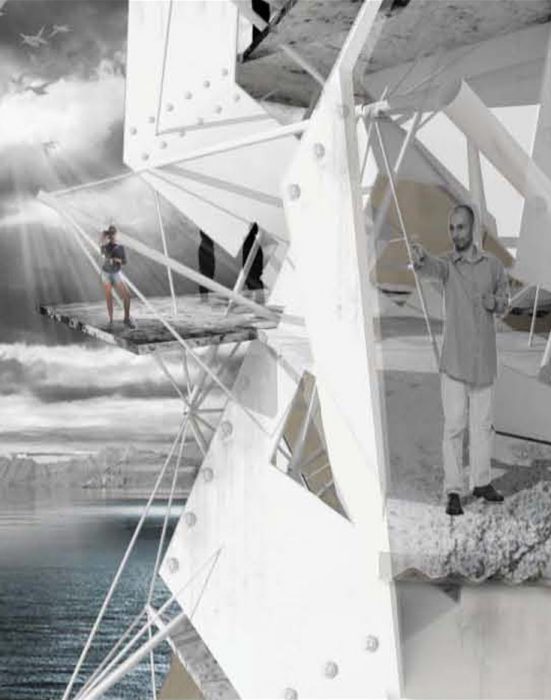 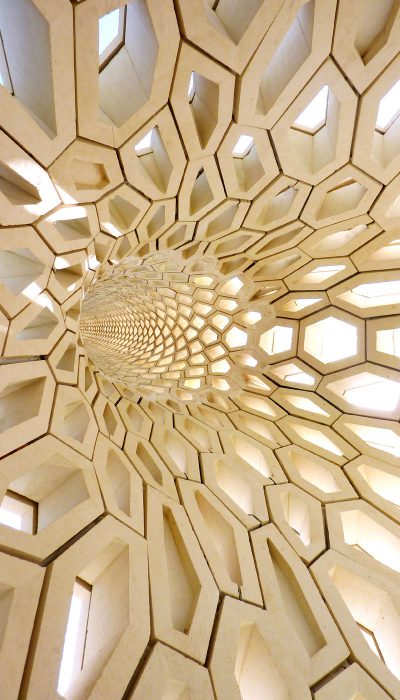