All photos by Luc Boegly© 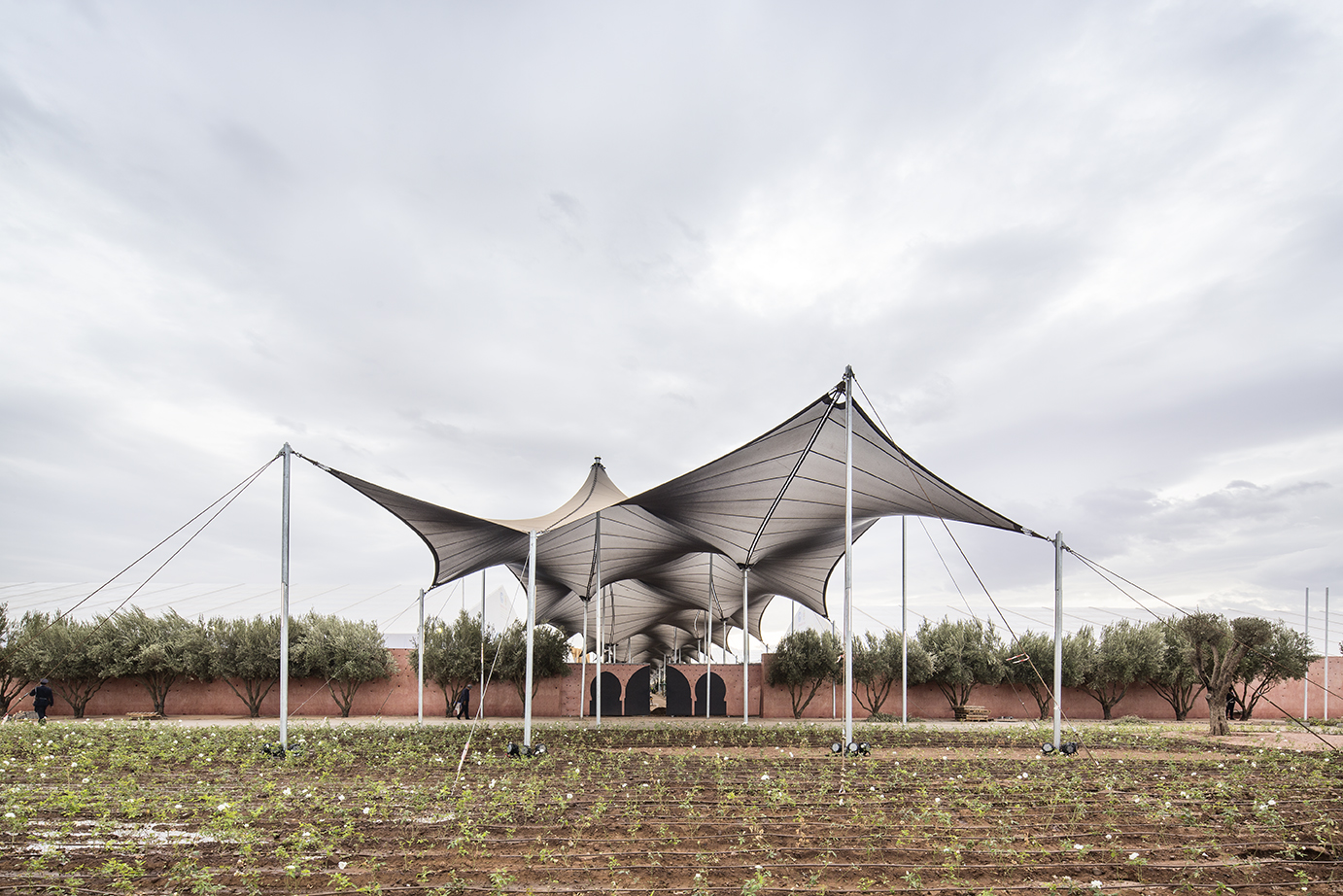 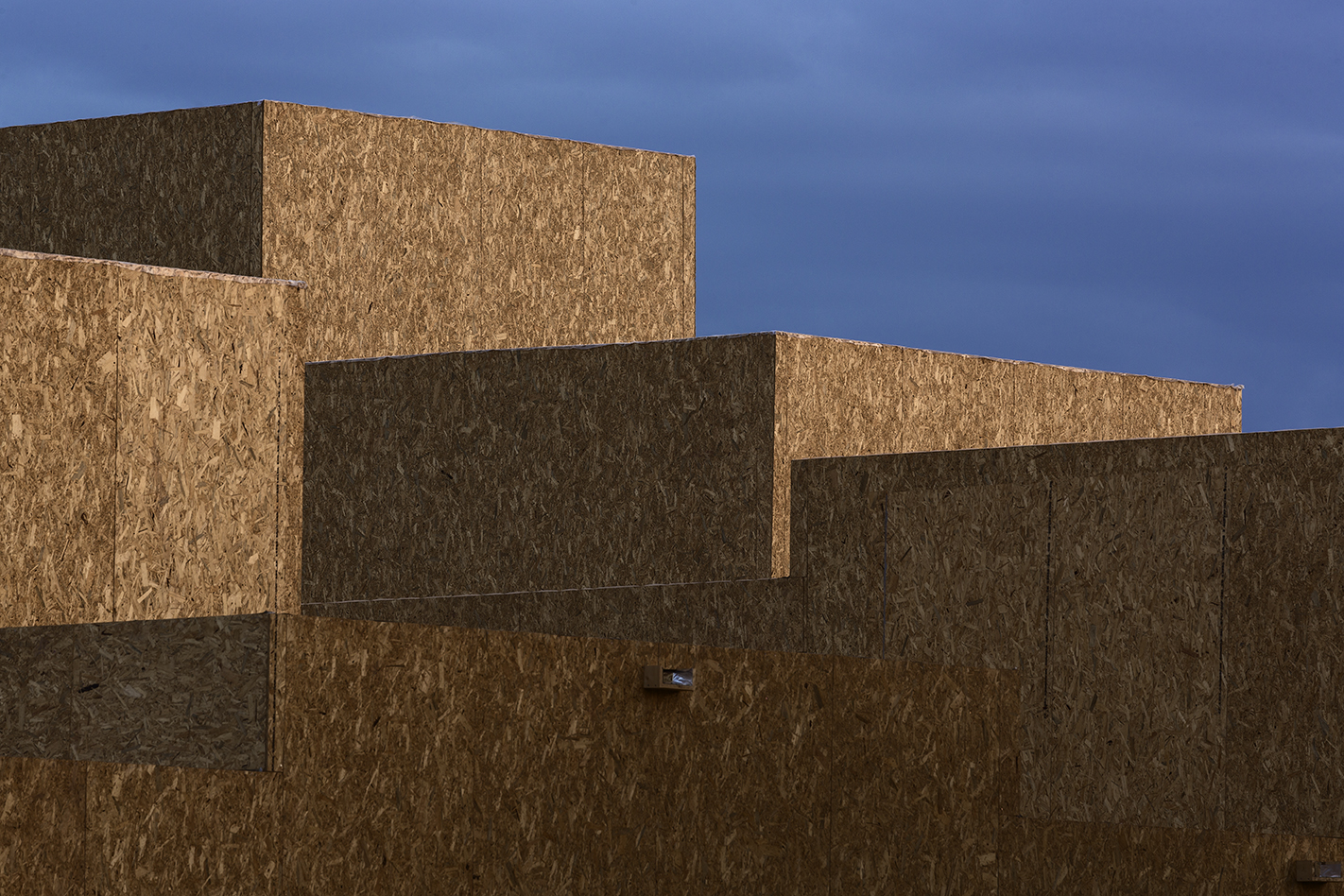 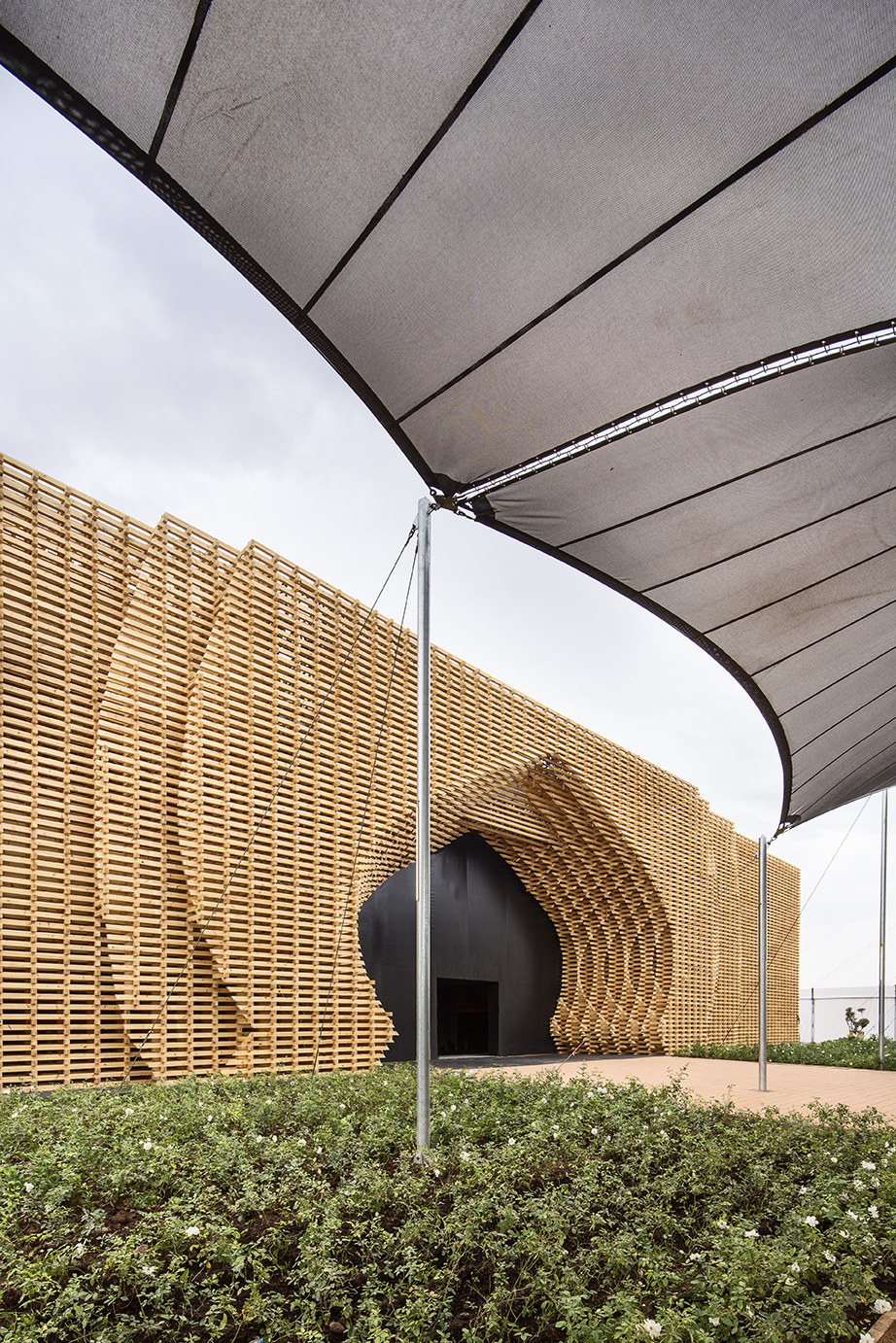 Every year for the past twenty years, thousands of delegates from 195 countries have met for the United Nations conference on climate change in order to address questions concerning the future of the planet.

This year, the office OUALALOU+CHOI was chosen to design the exhibition spaces for the COP22 which will take place from the 7-18 of November in Marrakesh. This project, which addresses questions of architecture’s role in creating temporary urbanism, continues the office’s research, evident in such projects as the Pavilion of Morocco at the world exposition EXPO 2015 in Milan and the installation of a temporary tensile structure on the plaza of the Institut du Monde Arabe in Paris in 2014.

The design of the exhibition grounds is based upon a temporary urbanism created by the installation of a village of canopies, entirely demountable and reusable. The exhibitions grounds were constructed within a span of five months on an empty piece of land, facing both the historical wall of the city and the Atlas mountains. The main axis of the site connects to two of the principal roads of the city. The central spine, 680 meters long and 18 meters wide, unites all the elements of the program and is covered by a gigantic canopy along its entire length. 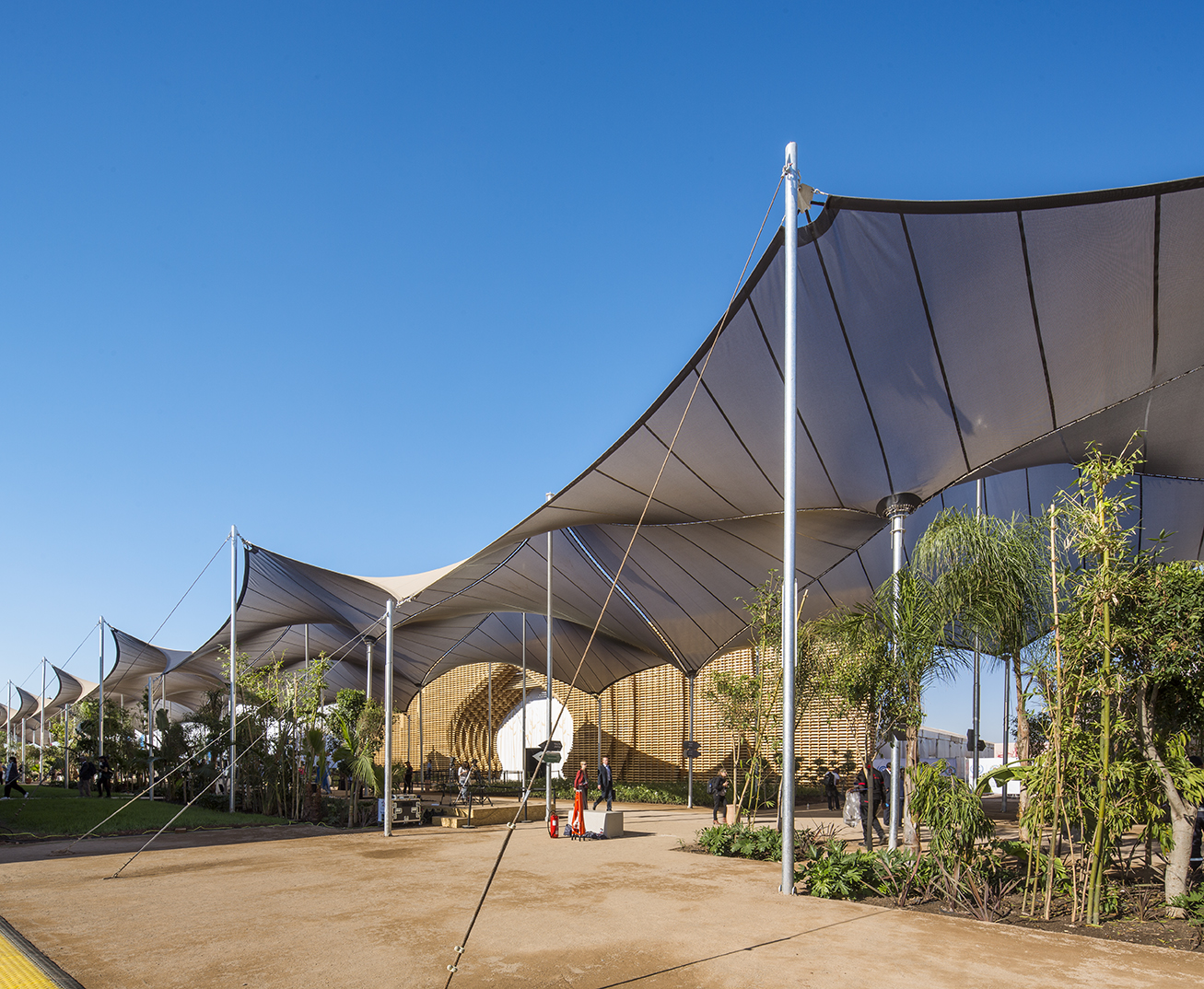 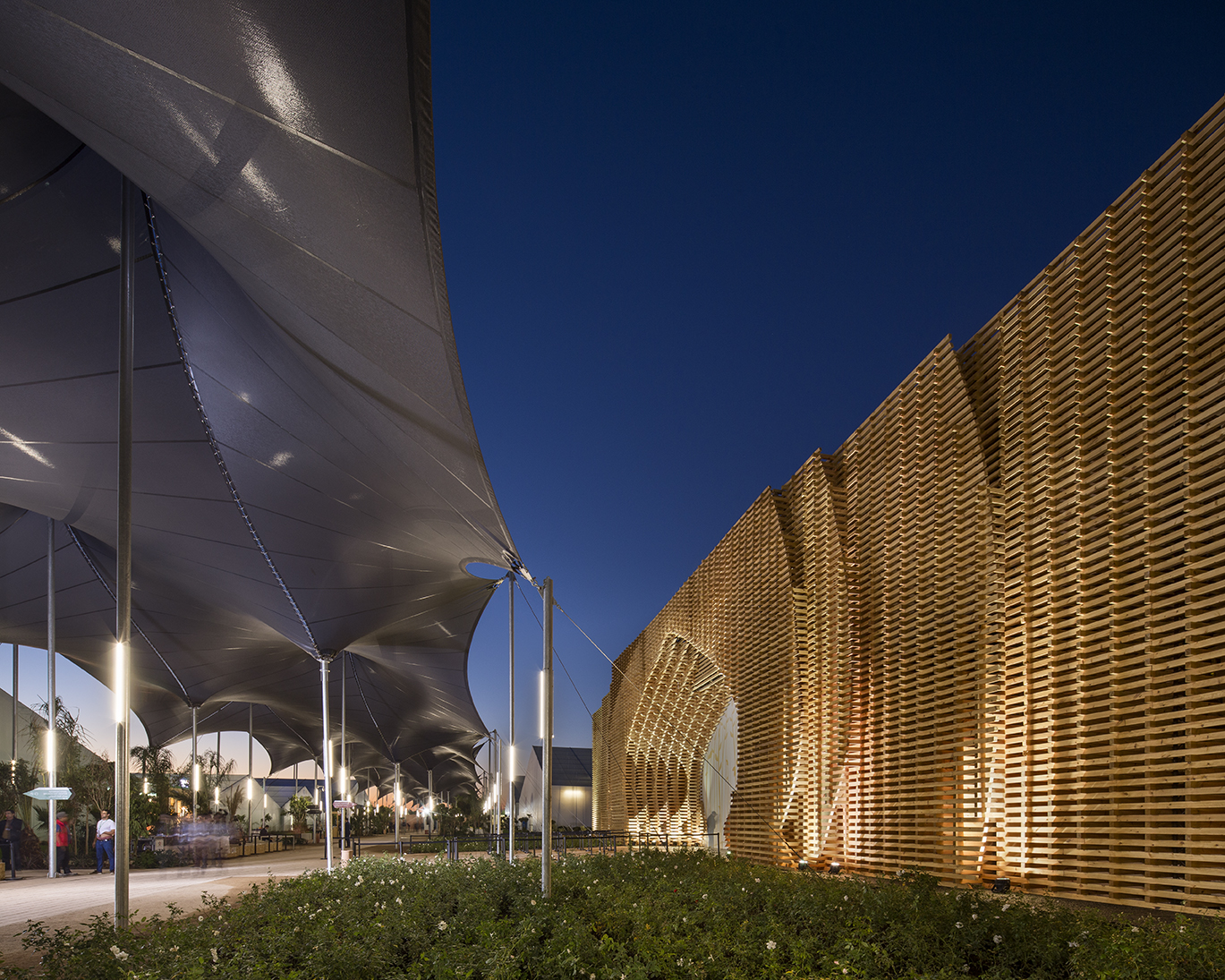 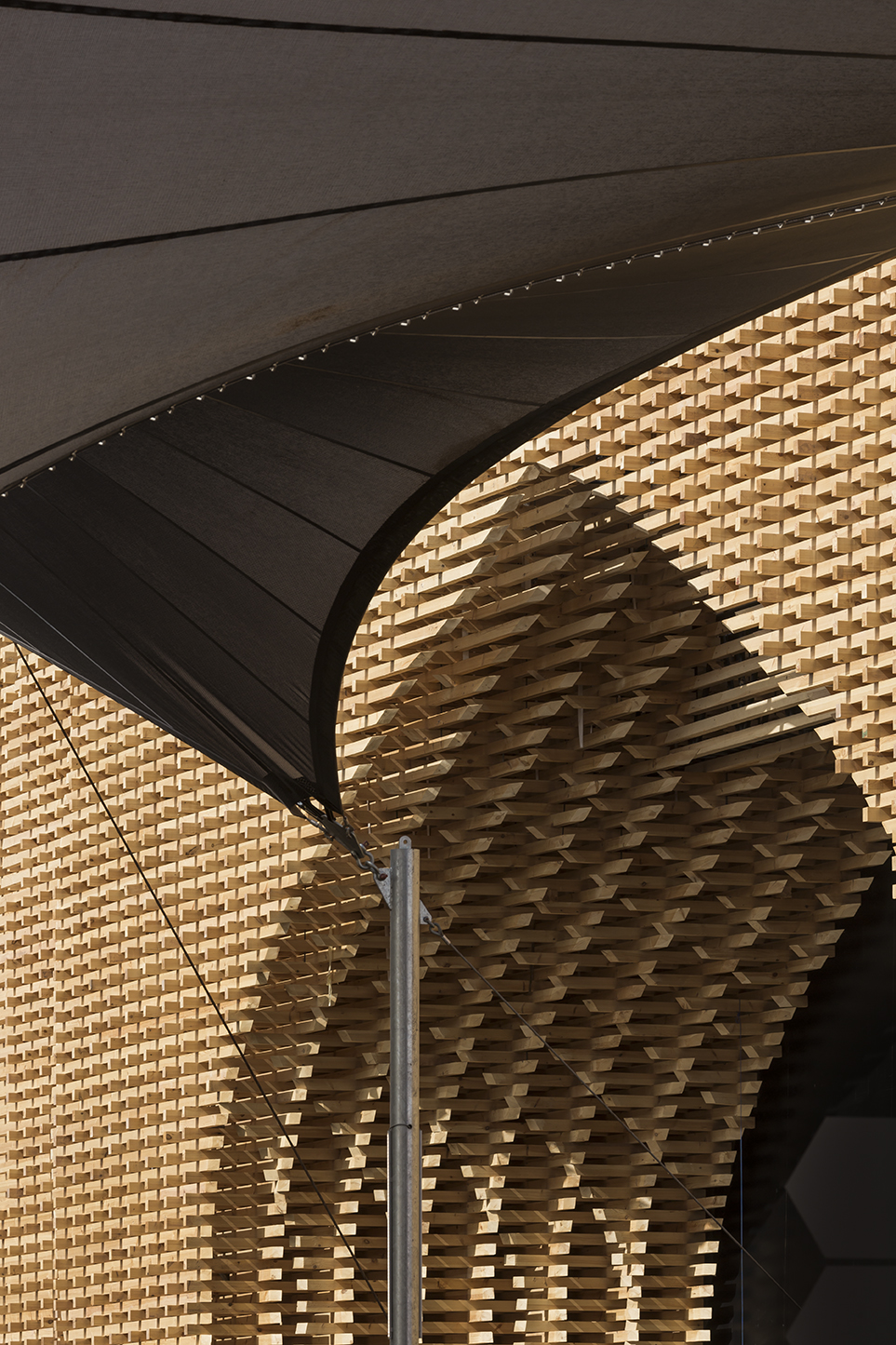 The tent is a primitive and universal form of architecture that speaks to the common needs of man on this planet. The enormous tented structure over the central space covers 12 000m² and arises from a collaboration between OUALALOU+CHOI and the manufacturer Serge Ferrari. The prestressed membrane is of an openwork design to create an effect of transparency while still remaining completely waterproof. The COP22 provided the opportunity to create an innovative tensile project, both in terms of its structure and its materiality.

This monumental installation, 12 meters high and 50 meters long, serves as a gateway to the plenary sessions. A complex geometry is constructed from a layering of elevations; the motif of a traditional doorway is carved out of the multitude of layers. Made of a stacking of identical wooden pieces locally sourced in Morocco, the structure is built in such a way as to enable the pieces to be taken down and reutilized to construct a series of pavilions in public gardens throughout the city. 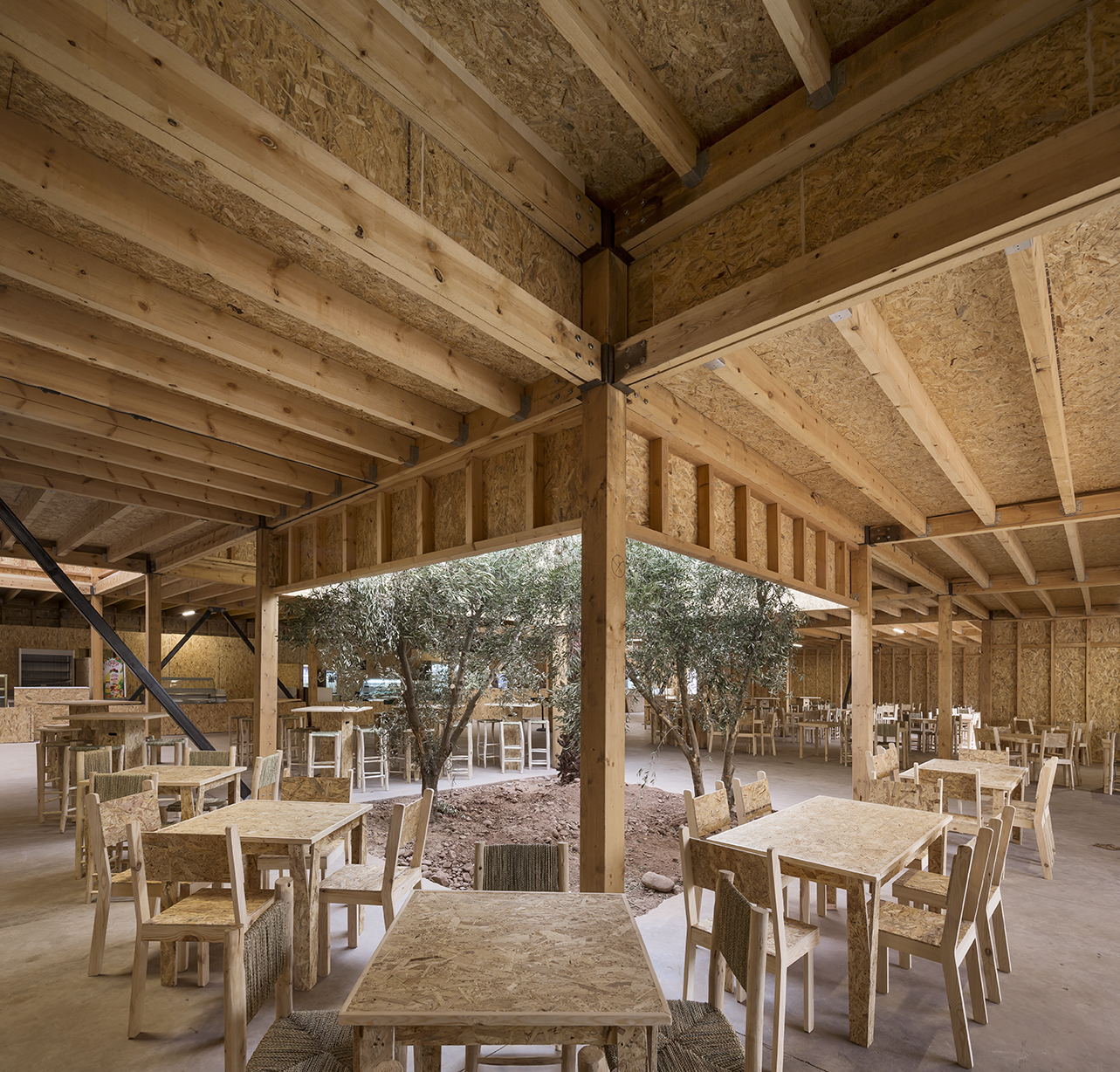 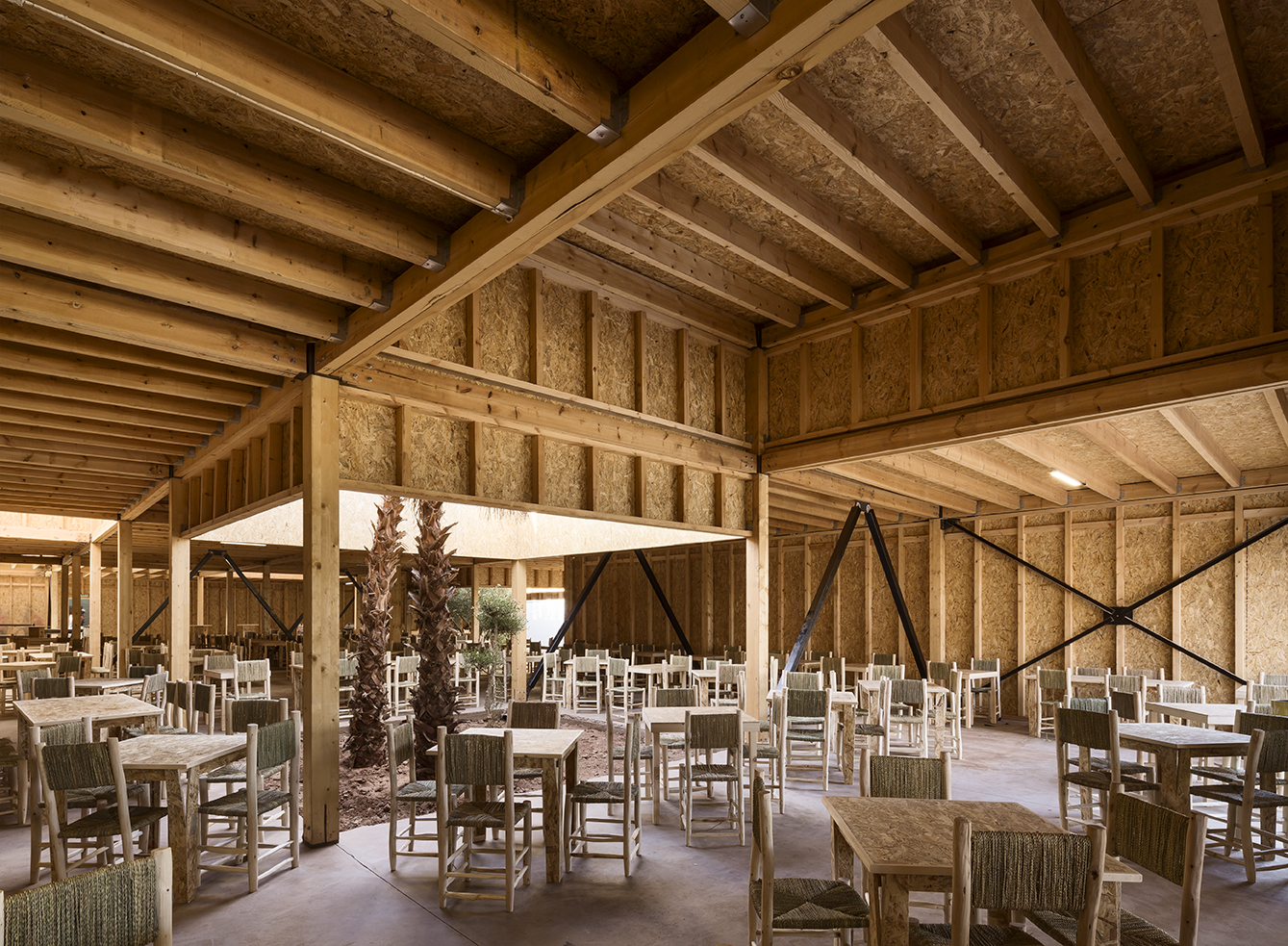 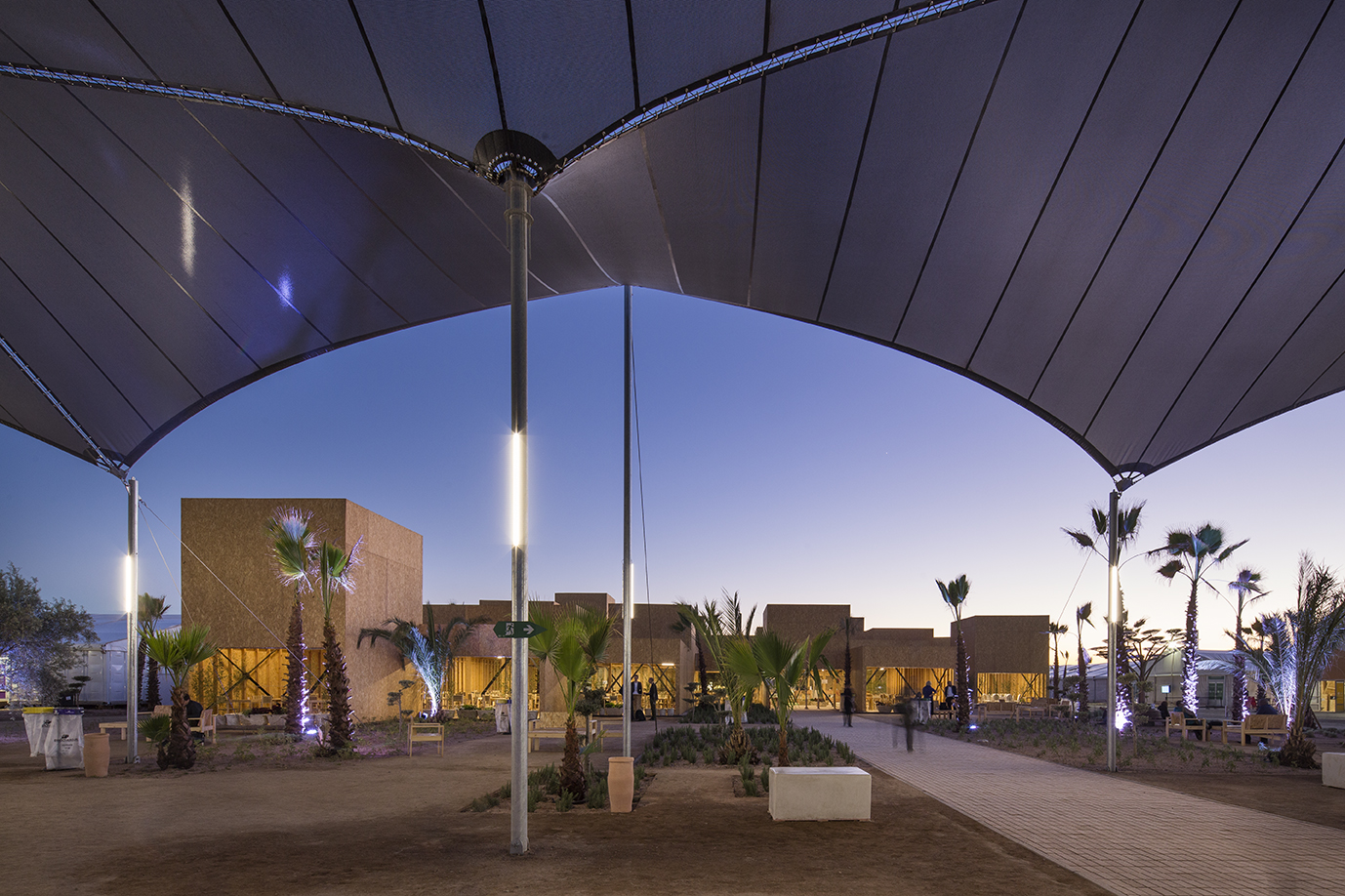 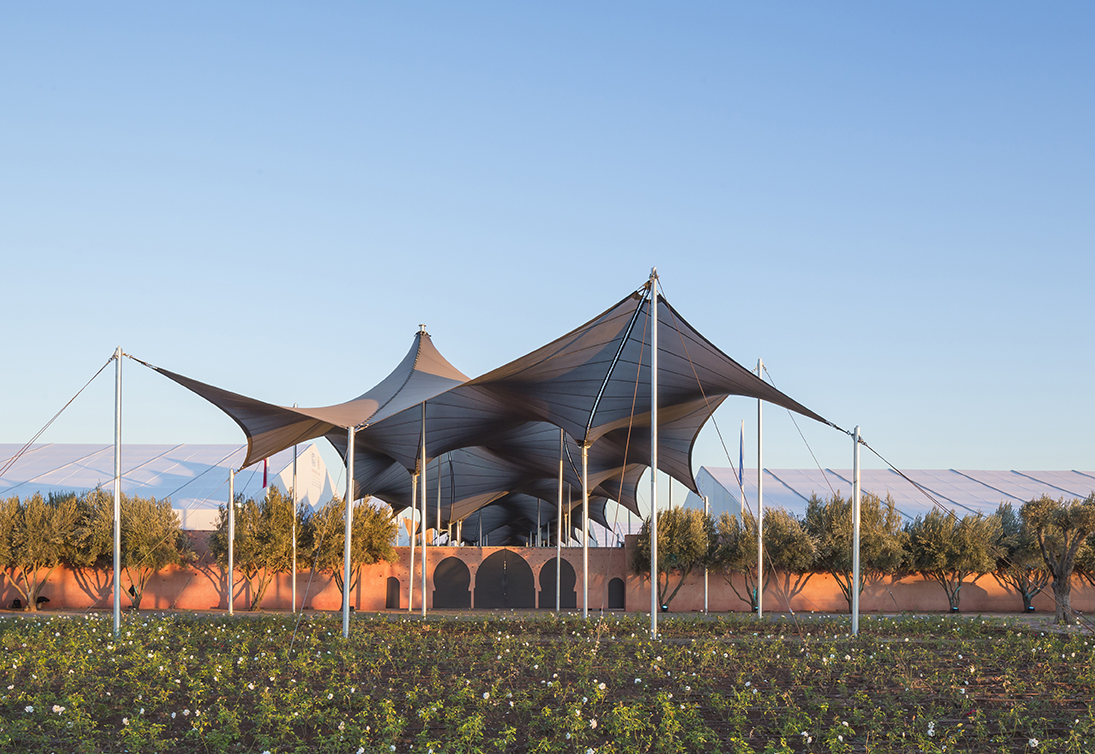 The two restaurants have been designed as interlocking structures that have been pulled apart to create a public agora at the heart of the village. This transveral landscape creates a transition between the zones of the negociators and the plenary halls. Built as an accretion of volumes and voids, the restaurants and adjacent gardens allude to traditional urban compositions in the villages around Marrakesh. They are built of modular wooden panels as temporary structures that will be dismantled, reassembled, and reused after the end of the COP22. 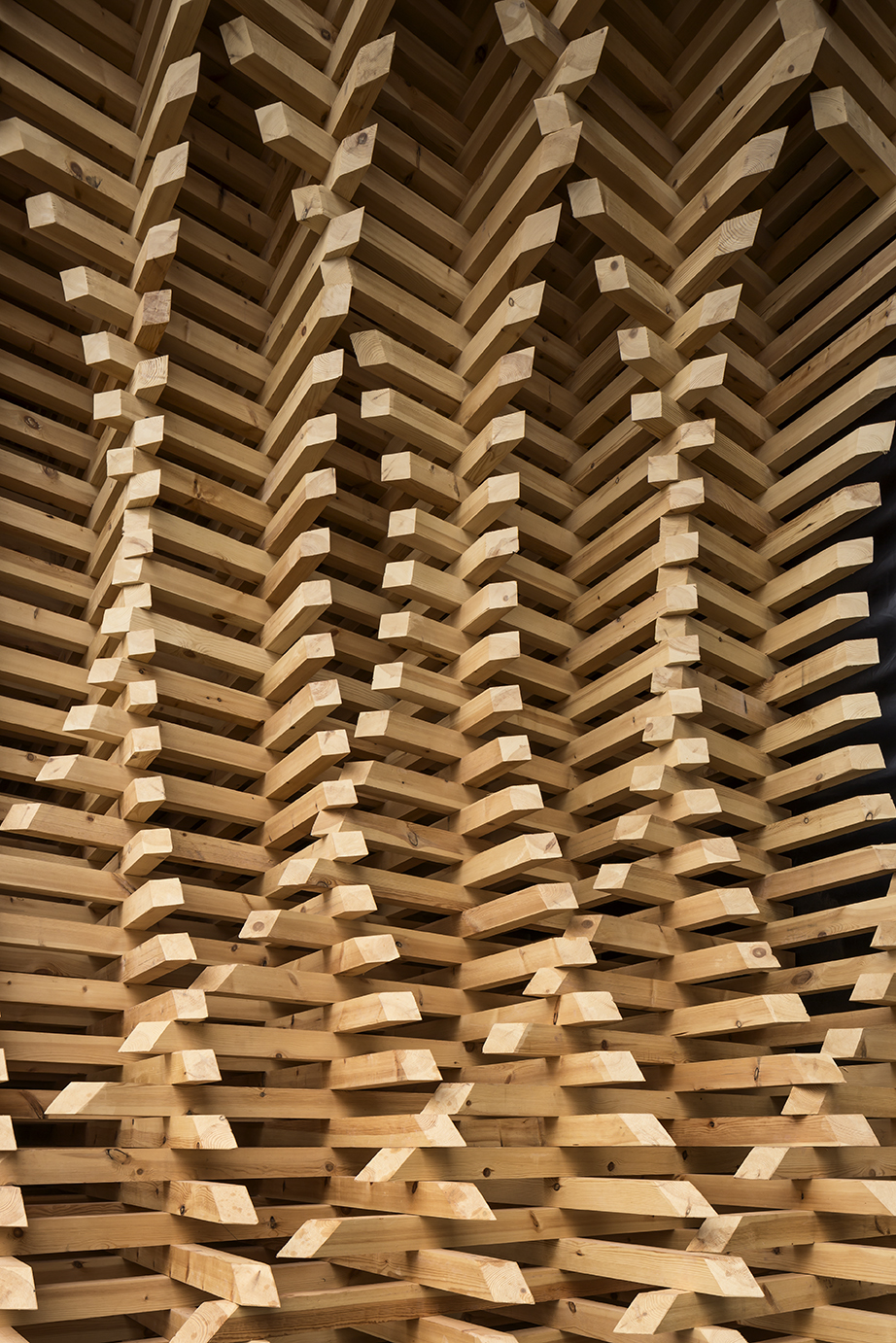 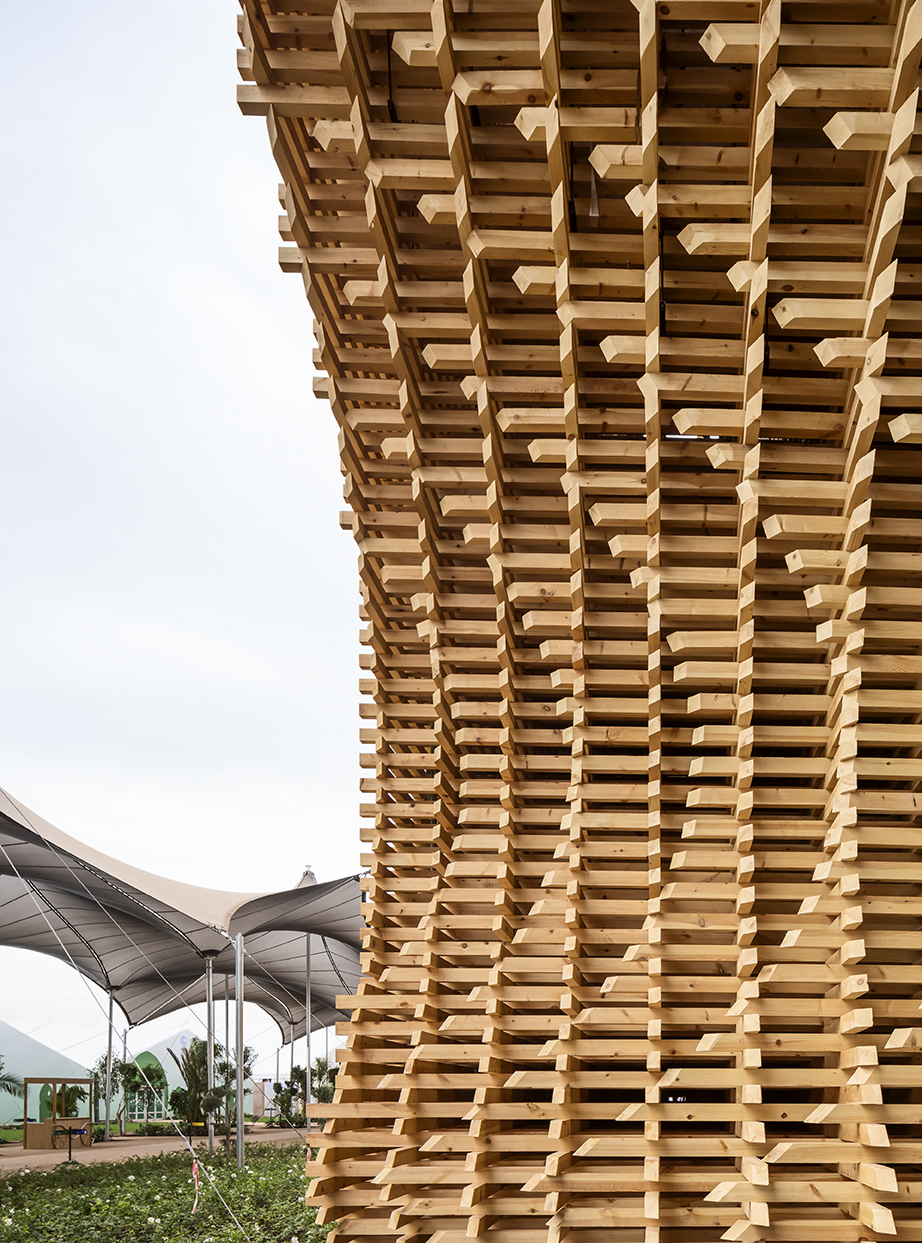 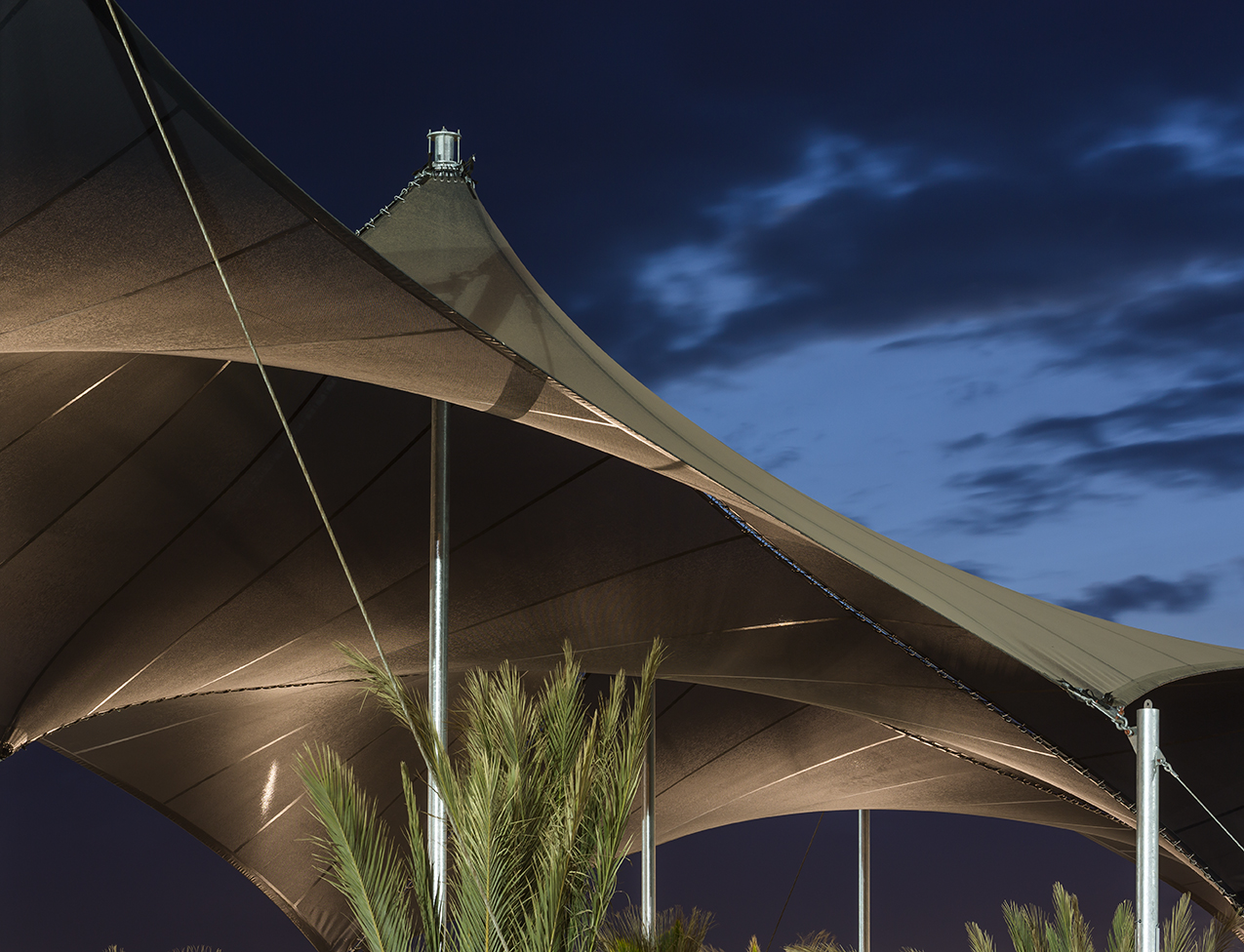 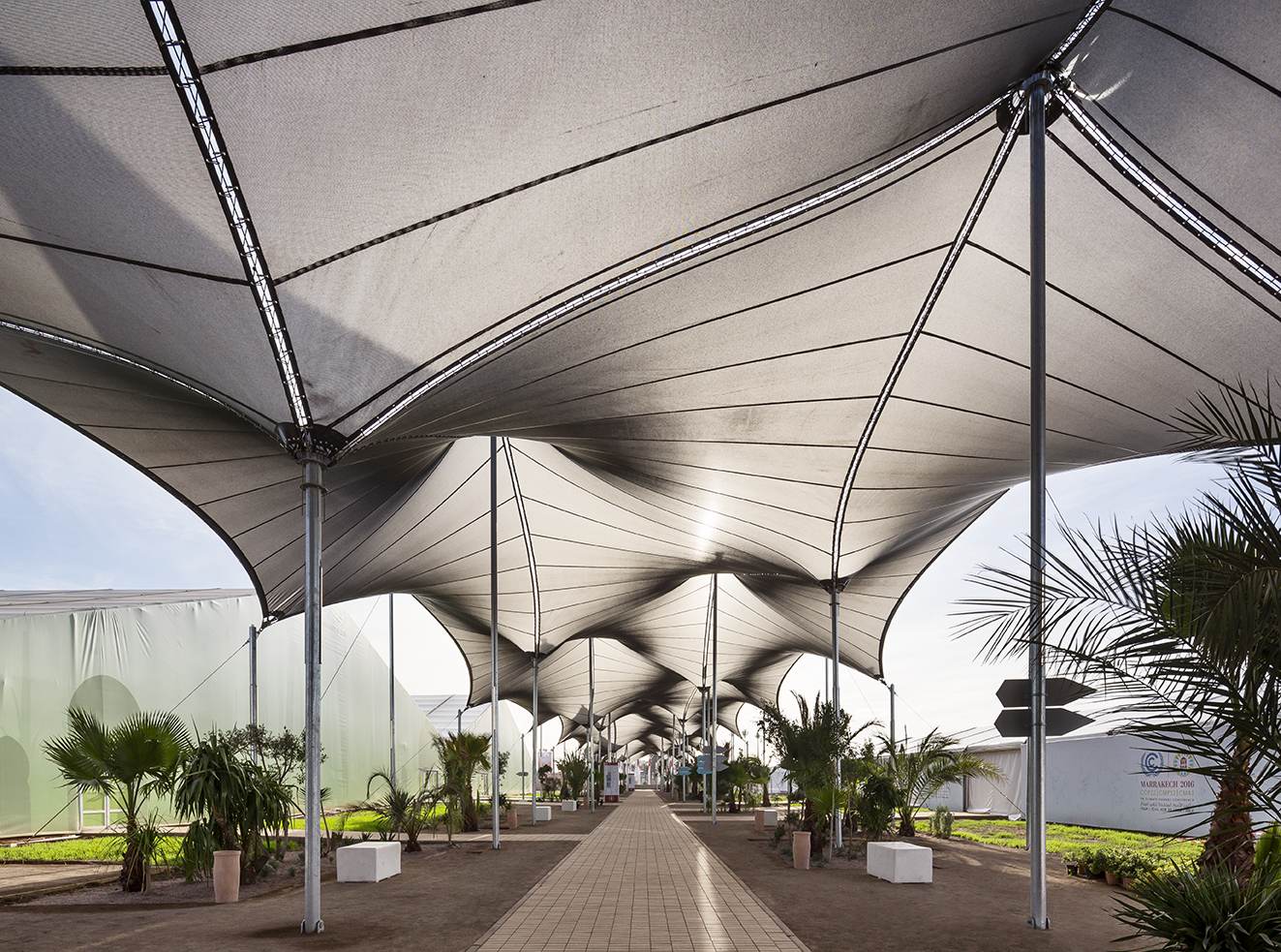 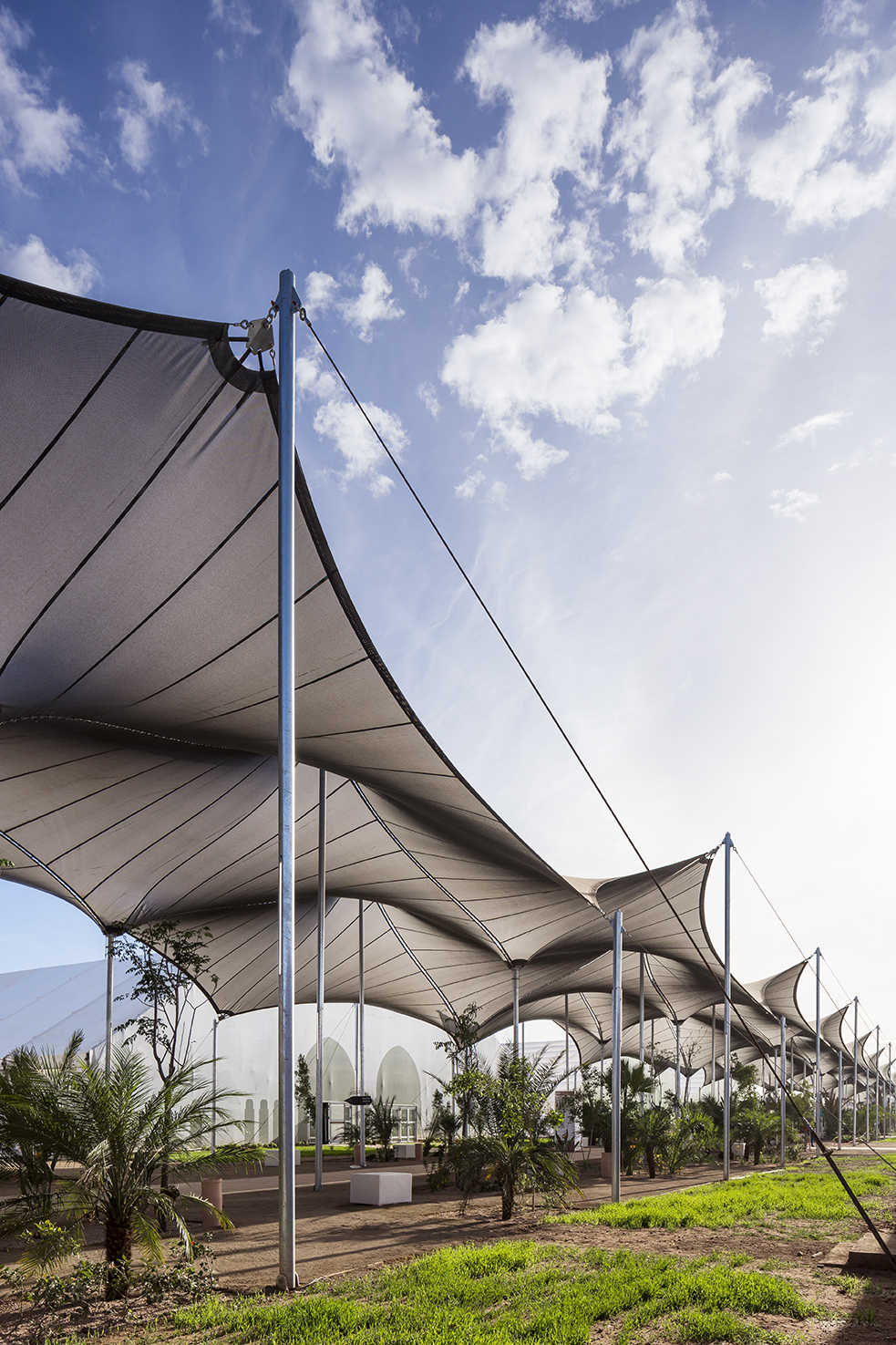 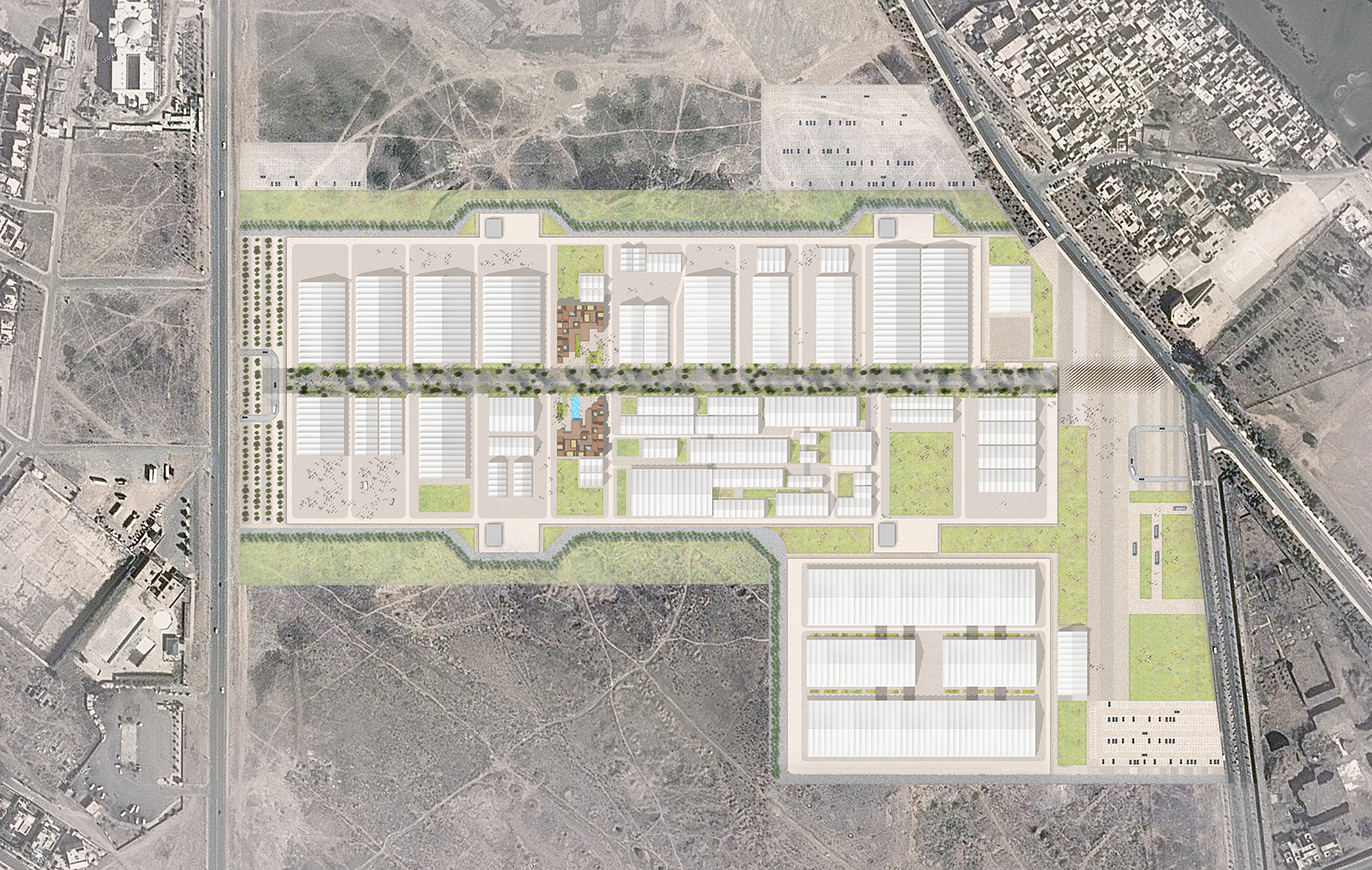 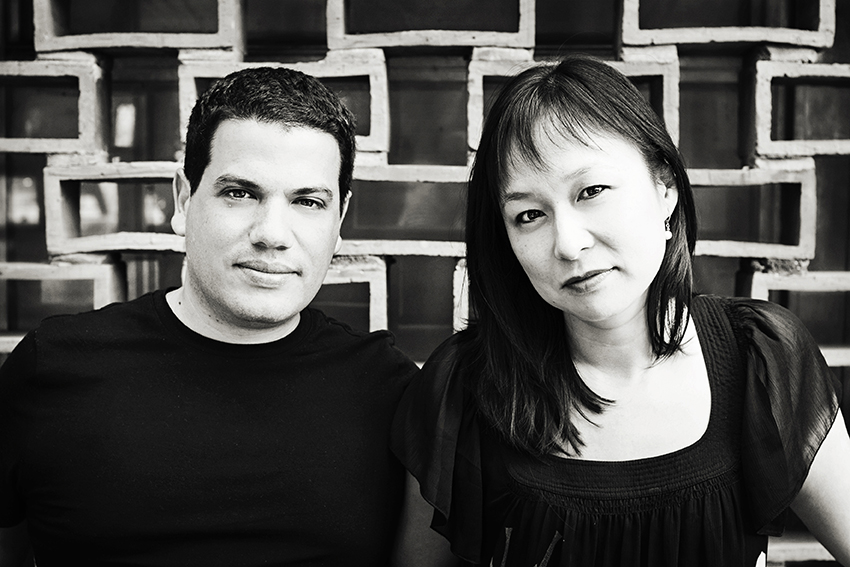 OUALALOU+CHOI is an architecture firm based in Paris and Casablanca. Questioning the limited scope of the architect’s traditional role, OUALALOU+CHOI has developed its practice upon the theory that architectural strategies should be integrated into a project long before and after the conventional intervention of architects. Working closely with clients during site determination, programming, and the economic development of the project, the office engages in the definition of the architectural project from its very inception. OUALALOU+CHOI believes that playing an integral role in the nonarchitectural aspects of a project results in a stronger design solution.

OUALALOU+CHOI has worked on a vast range of programs and scales encompassing museums, luxury hotels and resorts, social housing, sports complexes, and master plans for both existing and new cities. The offi ce has won numerous awards, including the “Architecture of Expo 2015” mention award, and the ”Rice Alliance Spotlight Prize 2015“. OUALALOU+CHOI has been named finalist for the 2014 AFEX award, for an outstanding project undertaken by a French architect outside France. In 2012, OUALALOU+CHOI has also won the Young Arab Architects competition, WA Awards and the EMAP Award for emerging architecture. OUALALOU+CHOI’s work has been published internationally and exhibited in Paris, Casablanca, London and Copenhagen. 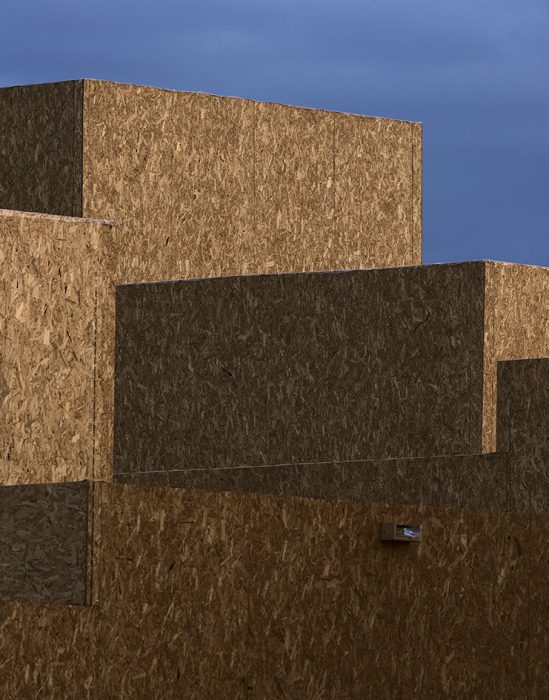 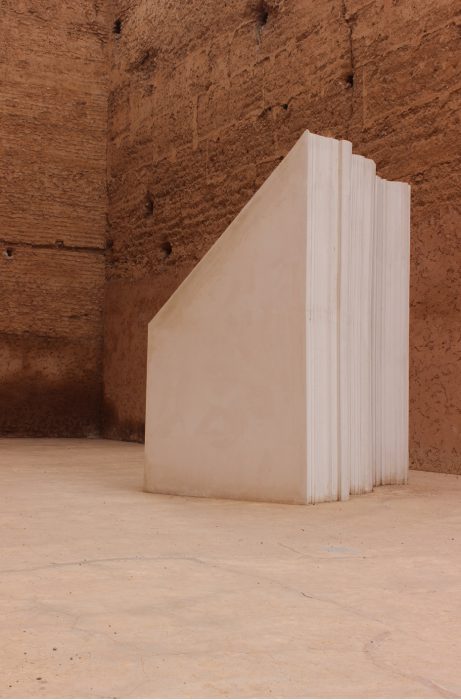 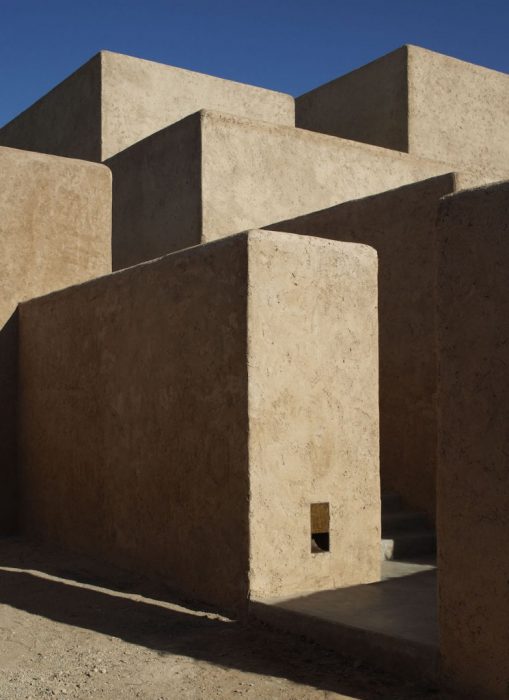 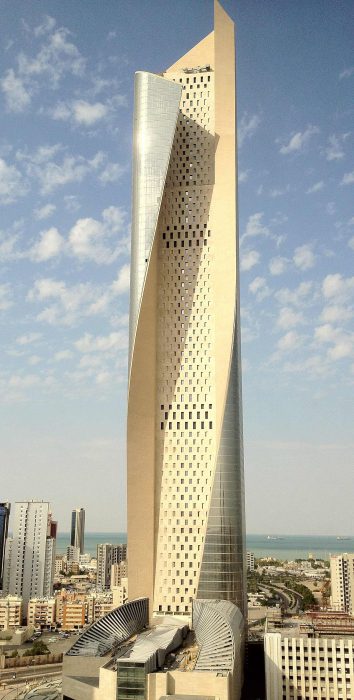 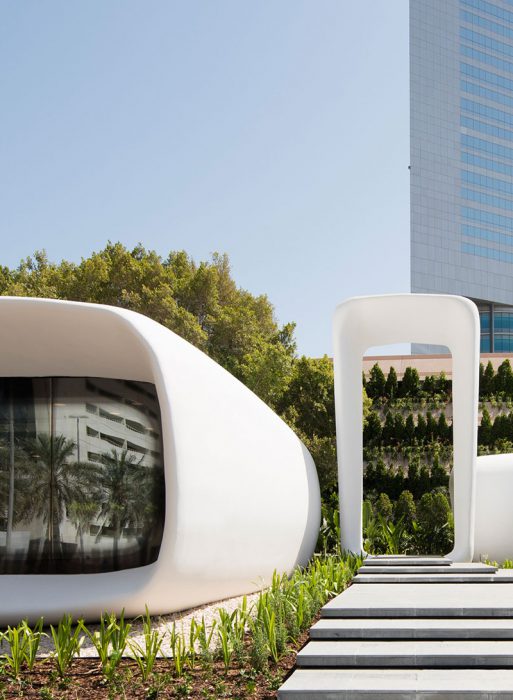 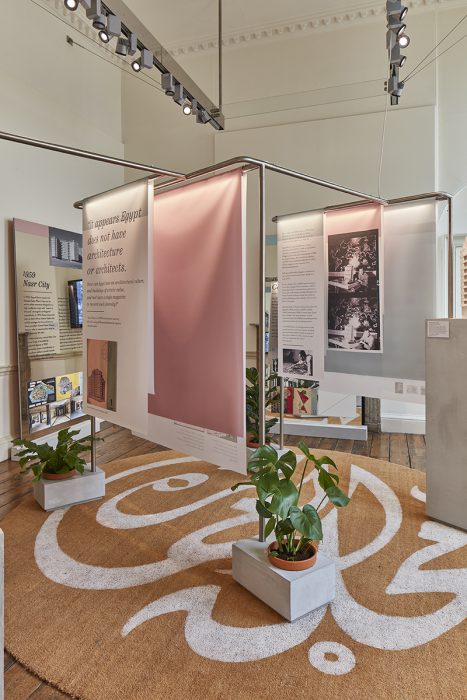 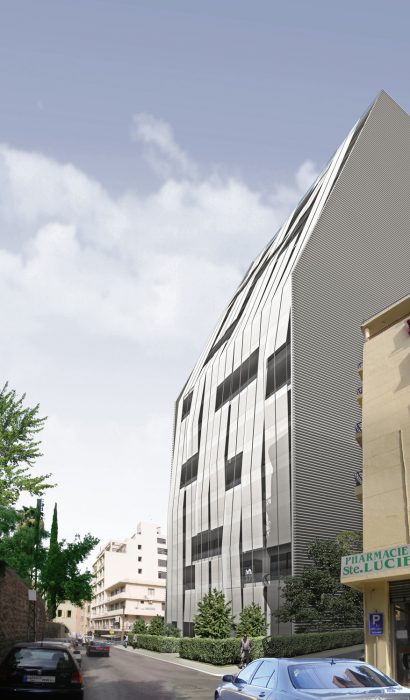 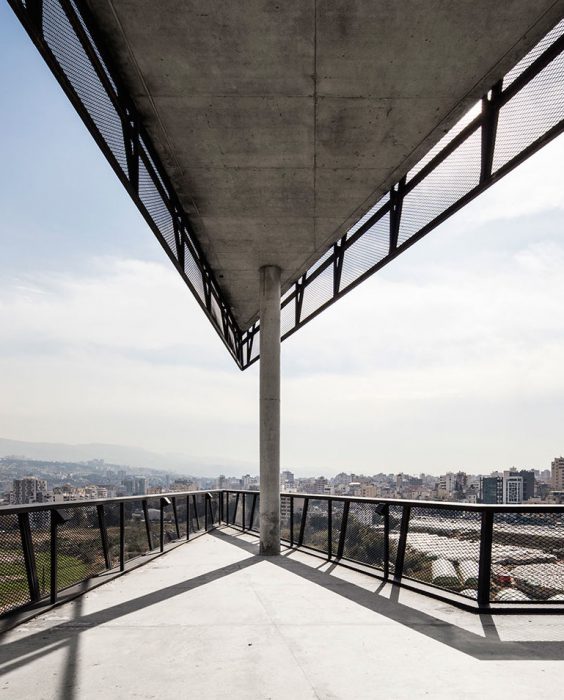 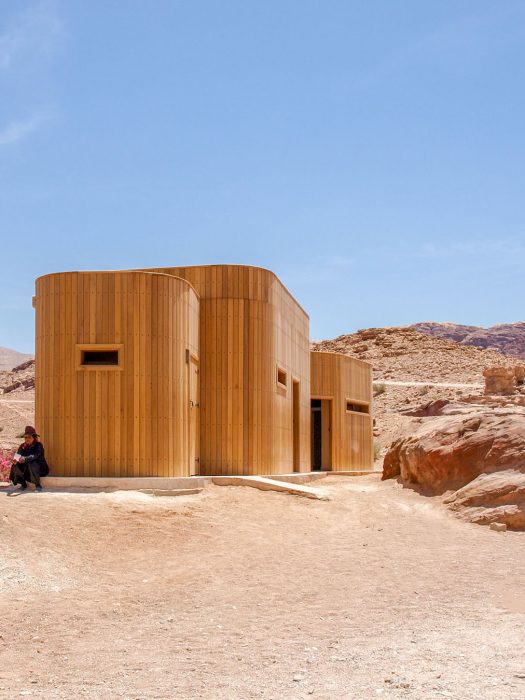