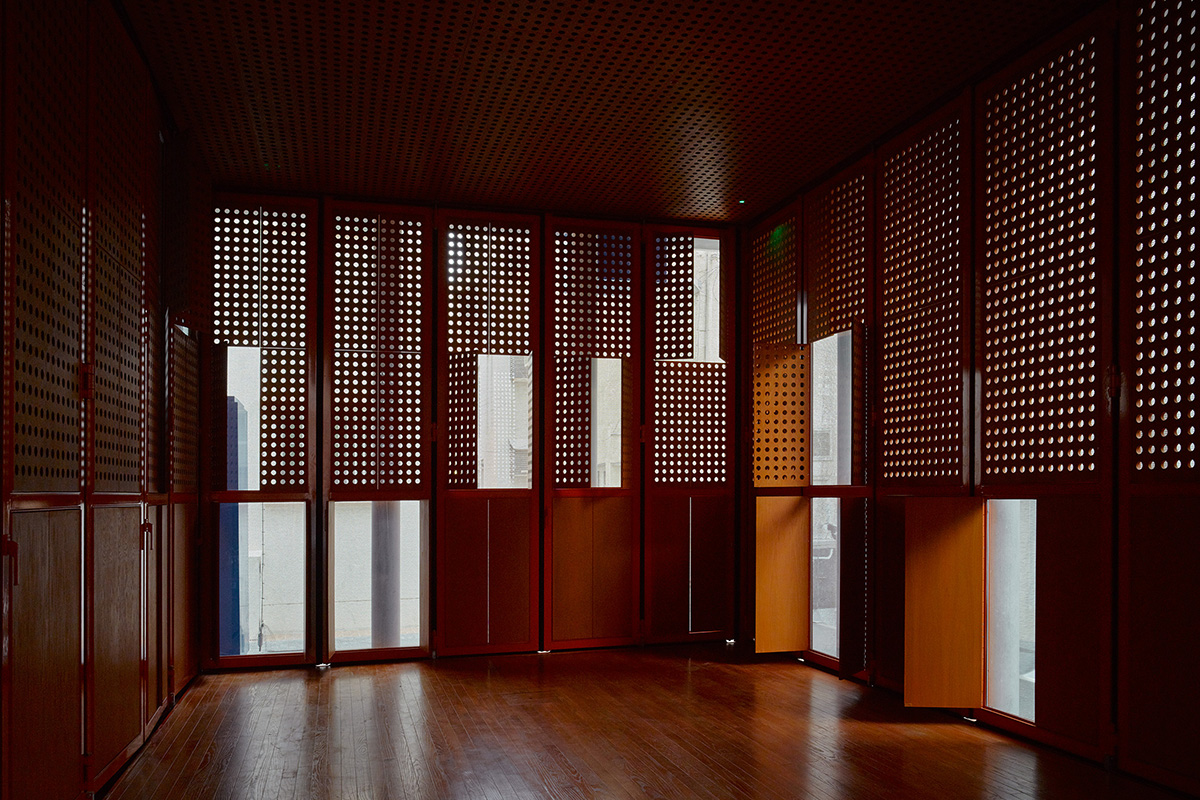 As part of an urban renewal and a restoration initiative led by Bahrain‘s Ministry of Culture, the Belgian architecture firm, OFFICE Kersten Geers David Van Severen, created the Pearl Route in Muharraq, Bahrain. The motive behind this initiative was to give a public face to the ancient community of pearl fishers in Bahrain known for their rich musical and cultural traditions.

As part of the big initiative, OFFICE focused specifically on the renovation of two existing houses or “Dars” instead of rebuilding two similar structures from scratch as a way to make this project more sustainable and as an attempt to conserve the thick layers of history engraved in such buildings. Only this way can one truly experience Muharraq with its authentic context.
The two similar structures designed by OFFICE in Bahrain are Dar Al Jinaa and Dar Al Riffa. 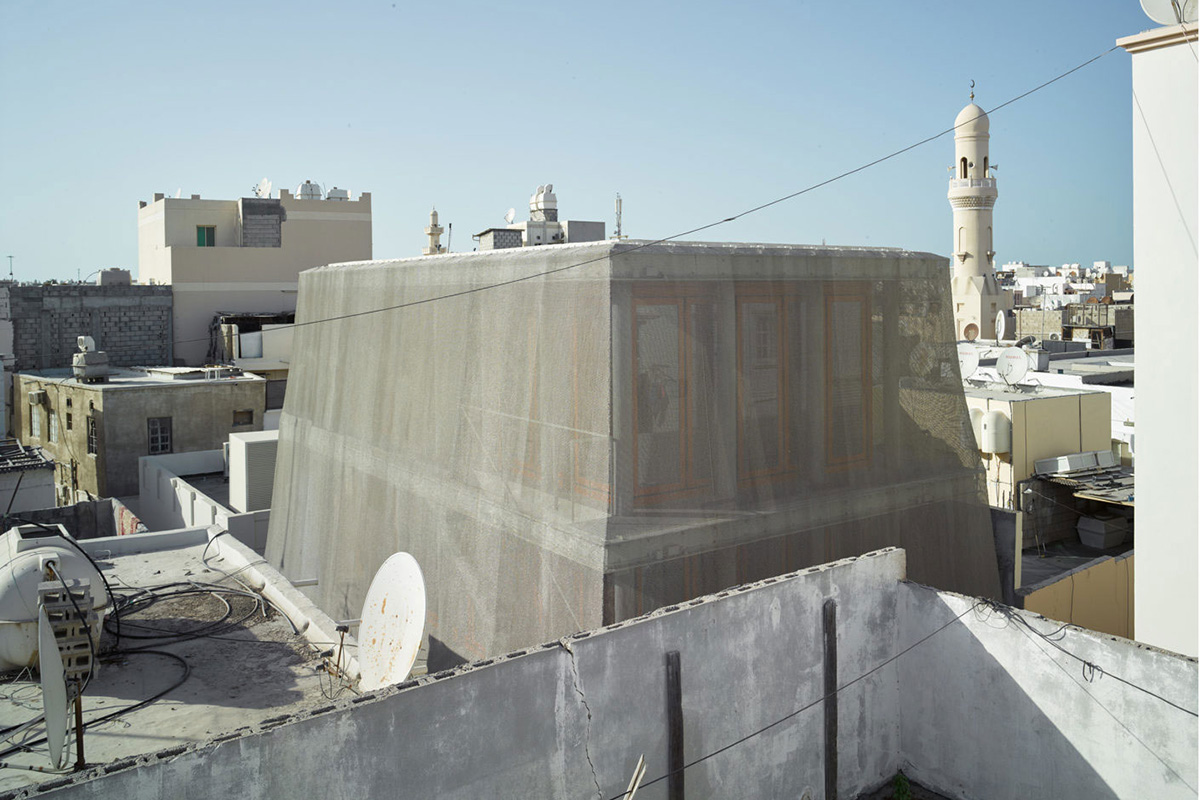 The original house of Dar Al Riffa was around 120 years old and hence its value for the Ministry of Culture as it exists despite having its surrounding neighborhood lose its tissue and the Arabic mazes almost disappear. However, Dar Al Jinaa was only 30 years old at the time and hence lacking the rich historic value. It was renovated in a way to have its extension’s height be on the same level as the neighboring buildings by simply stacking rooms above each other.

To reflect the spirit and the context of the area which was once used by the local pearl divers to perform musical performances, OFFICE designed those buildings in a way to serve as music centers thus providing the community with exposure to cultural and musical traditions. The “Dars” host public performances, educational programs and even offer office spaces and residencies. Both Dars also have a “Majlis” which hosts traditional musical performances.

Each structure consists of round concrete columns and platforms as well as rectangular folding glass facades with wooden shutters that create an intimate private interior for the building. The design team ensured that even the wooden shutters and the patterns employed reflected a traditional authentic essence. Furthermore, they are veiled with a seamless light steel mesh that creates protection from the harsh sunny days. This, according to Van Severen, is an attempt to give the buildings an urban silhouette and a greater level of privacy which is crucial. However when in use, the veil is lifted allowing passers-by to have a glimpse of the atmosphere of the place.

OFFICE Kersten Geers David Van Severen believe that this is a sustainable project as they improved on an existing situation rather than utilizing more scarce resources and buildings structures from scratch. The approach adopted and the materials used work together in a harmonious way that reflects a down-to-earth image of the traditional practices and a sense of community in Muharraq, Bahrain.

Site plan showing Dar Al Jinaa on the left, and Dar Al Riffa on the right 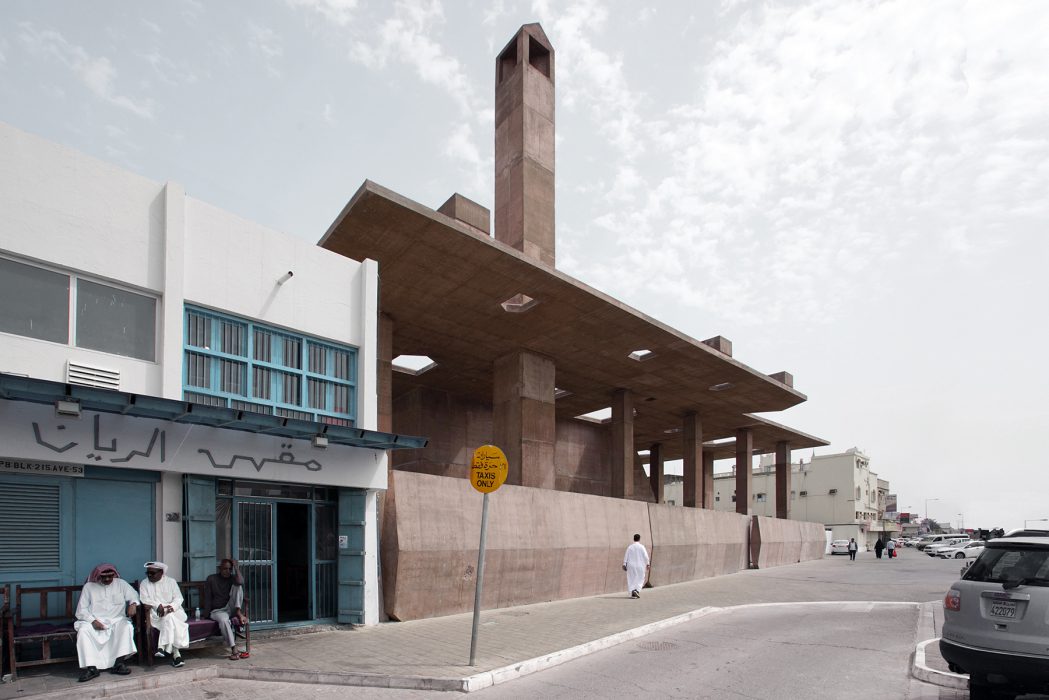 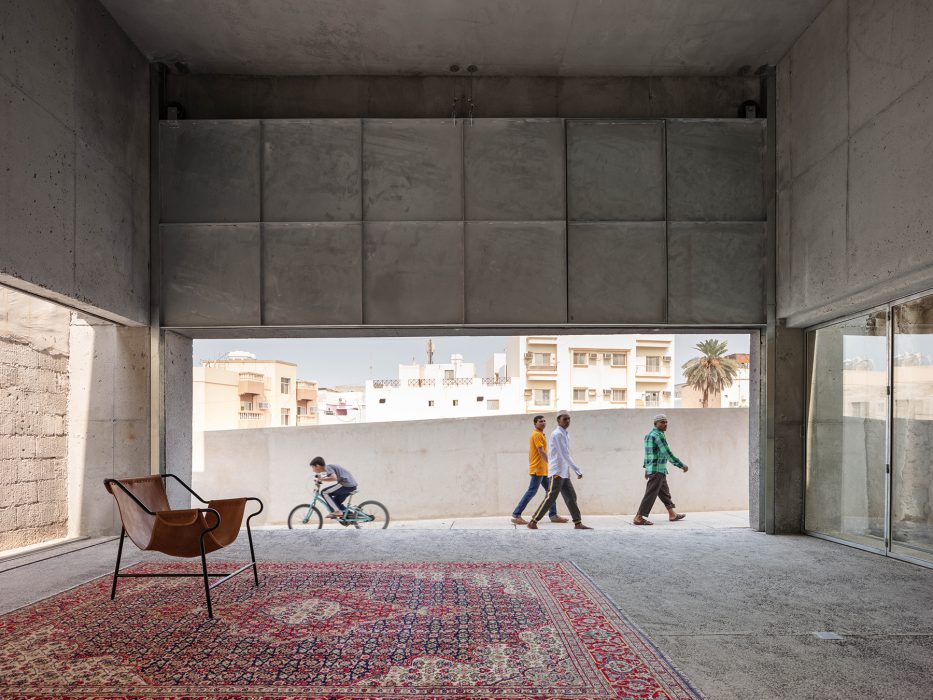 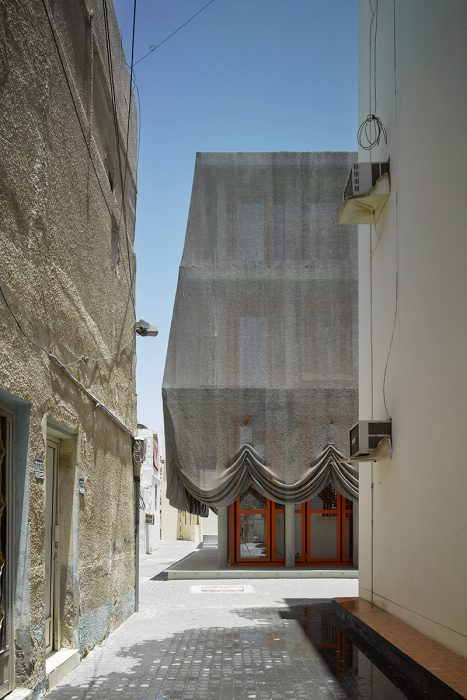 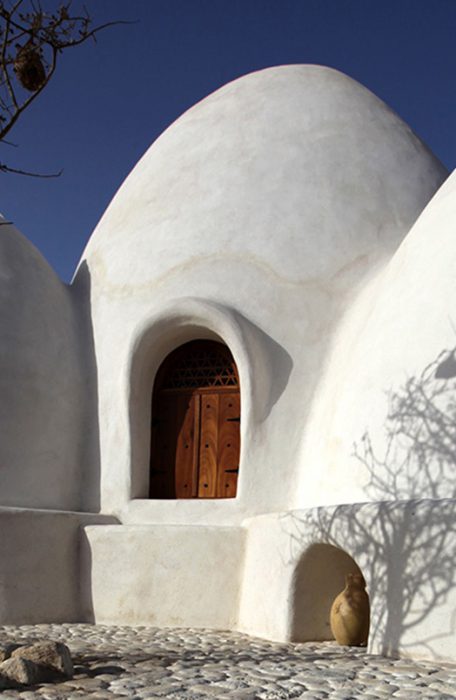 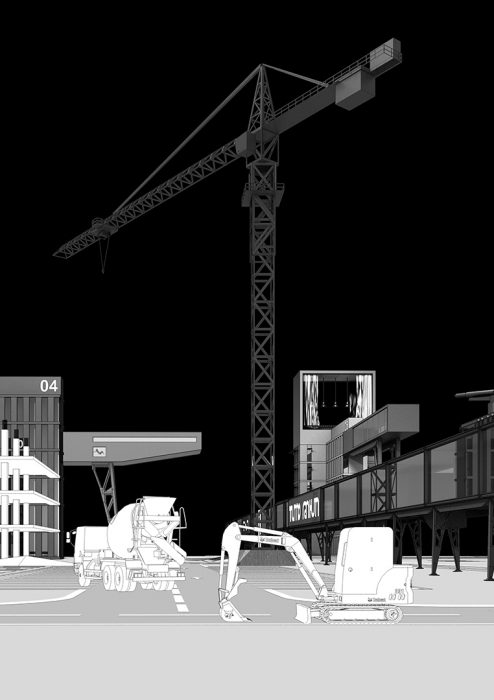 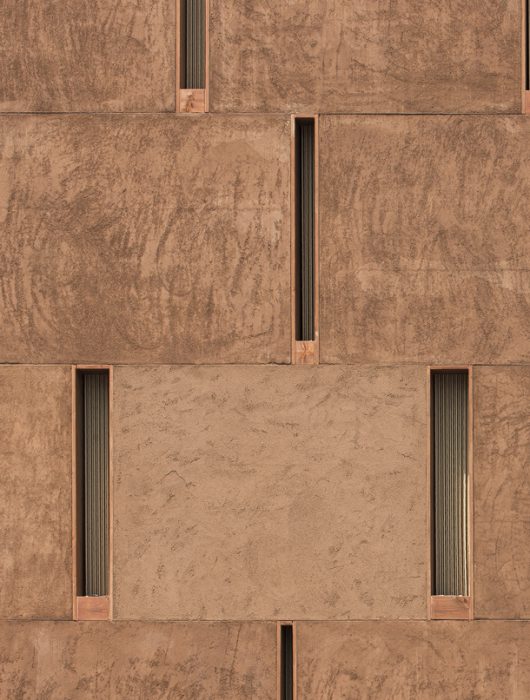 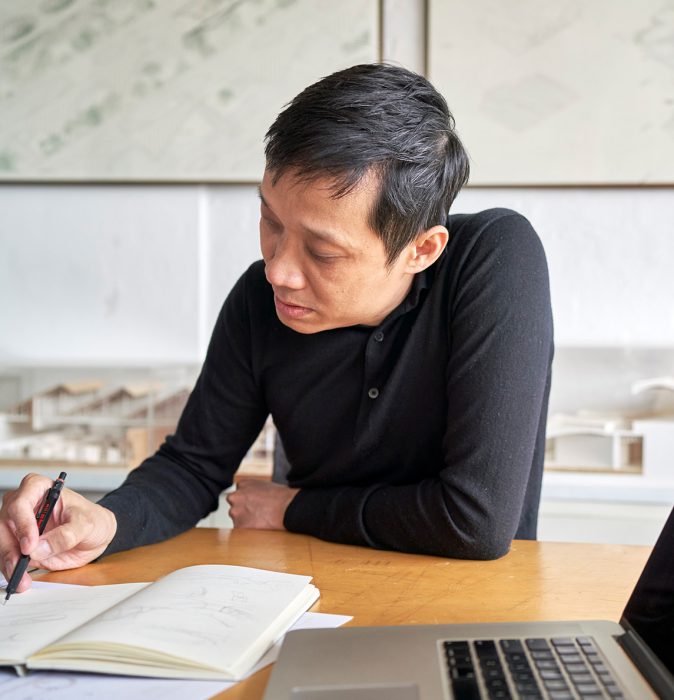 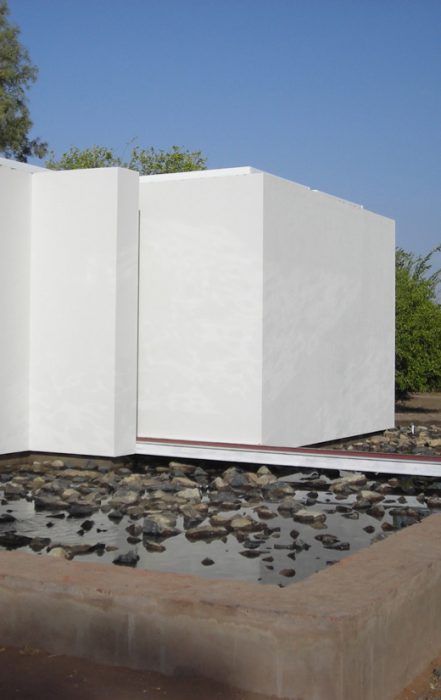